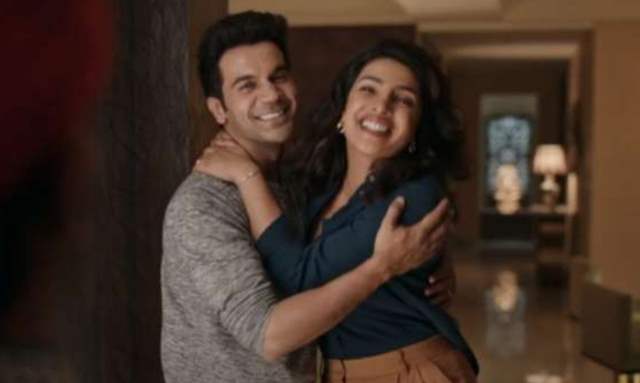 Actors Rajkummar Rao and Priyanka Chopra have been making it to the headlines ever since the on-screen duo has released the trailer of their upcoming film - ‘The White Tiger’. The stars are being showered with praises for their chemistry and have easily accepted the fresh pairing. During a recent interaction with ETimes, Rao spoke about his experience working with the ‘Quantico’ star.

The Chhalaang actor gushed over Priyanka Chopra and her work in The White Tiger as he called her a phenomenal actor who never made them feel that she is the biggest star on the sets. Rao has been hoping to work with her in the near future as she helped him enhance his performance.

Elaborating about his experience working with PeeCee, Rajkummar said, "Priyanka is phenomenal. She is a very chilled out person, a global star who never made us feel that she was the biggest star on our set. I have always been a big admirer of her work.”

He further mentioned, “It's fun to work with great actors as it enhances your performance and Priyanka did just that to me. She even helped me out in my scenes. I look forward to working with her more and hopefully, it will happen soon."

Clearly, the 36-year-old actor is impressed by Priyanka’s working style.

Meanwhile, Priyanka has been promoting her upcoming film virtually and even received a big thumbs up from her hubby Nick Jonas. The film is based on a book with the same name by Aravind Adiga.

The White Tiger is directed by Ramin Bahrani and also stars Mahesh Manjrekar and Adarsh Gourav.