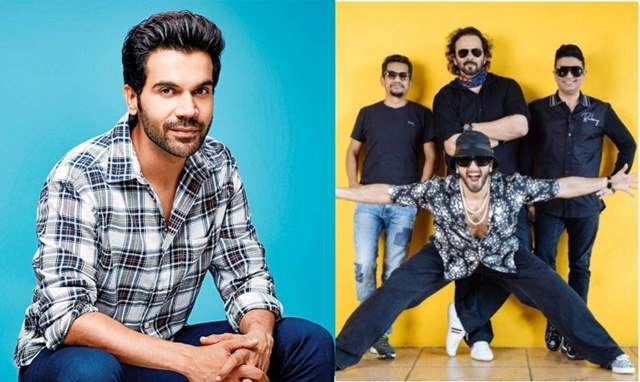 Recently, Rohit Shetty and Ranveer Singh made it to the headlines after several reports confirmed that the two will be coming together for the third time after Simmba and Sooryavanshi for the remake of the film Angoor. It was also rumored that the makers were planning to cast Rajkummar Rao as the second lead but he refused to play the second fiddle to Ranveer Singh’s character.

In a recent turn of events, Rajkummar reacted to the rumors and issued a statement clearing the ‘misunderstanding’ through his Twitter handle. The 36-year-old actor also mentioned that he was never offered the film and highlighted that he would love to work with Rohit Shetty if there's an exciting opportunity.

"Hi guys, there is some misunderstanding because I have no idea about Cirkus as it was never offered to me. I have no idea where this news came from. I would love to work with Rohit sir whenever there is an exciting opportunity. Peace out," read Rajkummar Rao’s tweet.

The film is reportedly presented by Bhushan Kumar and Reliance Entertainment. Cirkus is Rohit Shetty's adaptation of The Comedy of Errors which will see Ranveer Singh and Varun Sharma in double roles.

Cirkus is set to go on floors next month and will be shot in Mumbai, Ooty, and Goa.

T-Series Films and Reliance Entertainment presents, Cirkus, produced and directed by Rohit Shetty. The film is set to release in the winter of 2021.