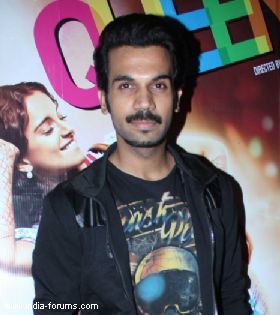 It's well-known that Rajkummar Rao is a superb actor, but that he is a good dancer too seems to be a revelation for actor-filmmaker Arbaaz Khan, who is working with him in his home production "Dolly Ki Doli".

He didn't' disclose in which song Rajkummar shook a leg with Malaika, who is doing item number "Pop Ragini" for the movie.

Directed by Abhishek Dogra, the film stars Sonam Kapoor in the title role and for the first time Rajkummar's funny side will be up in the movie. They are joined by Pulkit Samrat and Varun Sharma in the cast.

Viewers would get to see Rajkummar's comedy and dance when "Dolly Ki Doli" hits theatres Feb 6 next year.