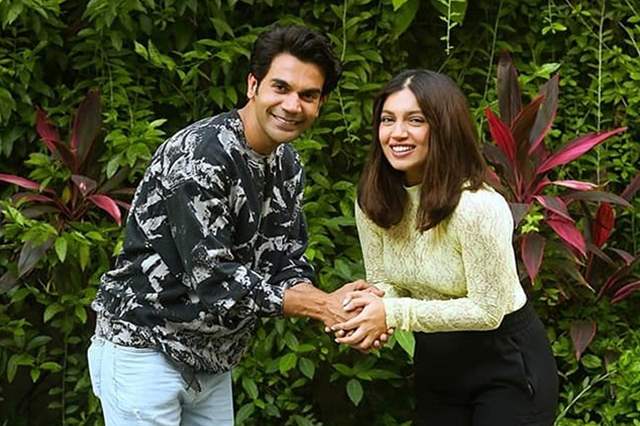 One of the most loved films and for many, a sleeper hit from back in 2018 was Badhaai Ho.

The much-loved family comedy went on to become a massive success where it even had plans for a sequel going on right away.

While the likes of actors Gajraj Rao, Neena Gupta and Surekha Sikri played the main characters in the first one, and Ayushmann Khurana and Sanya Malhotra played the leads; plans for the sequel have now been confirmed albeit with a different cast.

It can now be confirmed that Badhaai Ho will spawn a sequel titled Badhaai Do where actors Rajkummar Rao and Bhumi Pednekar have been roped in to play the lead roles. The film will be directed by Harshvardhan Kulkarni, the director of Hunterrr and produced by Junglee Picturea, the same banner that produced Badhaai Ho. Trade analyst Taran Adarsh informed about the same where he said, "CONFIRMED... #RajkummarRao and #BhumiPednekar to star in #BadhaaiDo... Part of #BadhaaiHo franchise... Directed by Harshavardhan Kulkarni [director of #Hunterrr]... Produced by Junglee Pictures [#Talvar, #BareillyKiBarfi, #Raazi, #BadhaaiHo]... Starts Jan 2021."-

Interestingly, Rao and Pednekar have already come together on-screen but as guests in an episode of Koffee With Karan. It does seem like a great casting choice to have talented actors like Rao and Penekar coming in for the sequel. What do you think about the same? Leave in your comments below.

Bhumi Pednekar Opens Up about turning Vegetarian; Shares the Reason ...