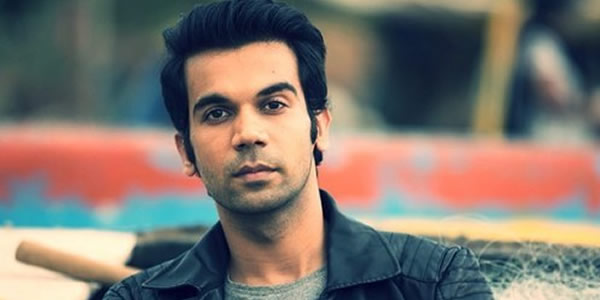 Young and acclaimed actor Rajkummar Rao will be seen as a special host on popular show Savdhaan India @11, which he believes is a great way to spread awareness amongst people.

The National Award-winning actor will be on the crime-related show as part of the promotions for his forthcoming film Citylights.

Based on real life cases, the weekly show on Life OK aims to create awareness and alert the viewers as well as motivate them to counter injustice with determination.

Talking about it, Rajkummar said: "Savdhaan India @11 is a show that is much needed on television. It makes people aware of the many things that happen in the world right now."

Rajkummar spent a long time on the show's set to understand the case that was being showcased as part of his special appearance.

The case he will be seen anchoring on the show is that of an infant who gets kidnapped and how its family goes to any length to get him back to safety.

Drawing similarities in the episode and his movie, Rajkummar said: "One, the story is based in Mumbai, and second that both talk about how families can do anything for the safety of their loved ones."

Citylights is due for release on May 30.

..Roopal.. 9 years ago No one can beat malaika arora khan...she is the best...and munni rocks...she beaten kat in term of both dancing and expressions...u rock malaika urf munni...

kavya.b 9 years ago i liked neither of them...but if i have to choose one, i'll go for Munni badnam hui...it's faaar better than sheila ki jawaani
but even without that, i must say...Munni has veryy catchy tune...

Vaibhav.sharma 9 years ago both the songs are good..but if I have to choose one of them I will go wid Sheila for the reasons that Kat was in a completely new avatar and that too she turned out to be a fab dancer..where Malaika has always been there in field of item songs..and when compared the choreography of Sheila was better than Munni..no offense to any one..

snehaphatak 9 years ago awww munni and sheila both rocked
mailaika arora khan and katrina danced really very well
these two songs were really hit
many others like dum maaro dum came and faded but munni and sheila stole the limelight as they were songs with awesome choreography and music!

*~*Kamala*~* 9 years ago Munni all the way!! Sheila Ki jawani is just too much self obsessed lol. Munni is just like others say...Desi and I like that..becaue now adays its rare to find a typical desi song.

adonis420 9 years ago Munni badnaam hui! I love that song too because it's more desi!!.
Kat was also very titillating with belly dancing moves but Desi is Desi..You just can't beat Desi...

--jiya-- 9 years ago aise toh I dislike both

item songs are so not my arena.. but if i had to choose between the two, I'd go for Munni.. coz Malaika danced better

*sorry, no offence to Kat fans*