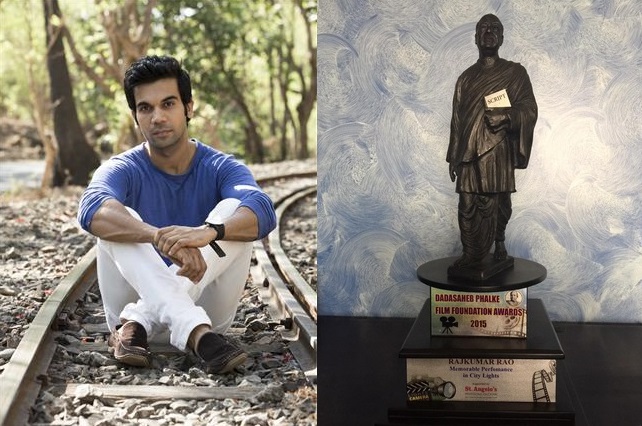 The Kai Po Che actor, Rajkumar Rao, who has delivered phenomenal performances in his past films, has won yet another prestigious award for his talent.

The actor won the Best Actor Award for his strong performance in the film Citylights.

Rajkumar Rao is also one of the youngest actors to have bagged the National Award last year for his exceptional performance in the film Shahid. Rajkumar has come a long way since he started his career and managed to create a strong mark in the industry.

The actor truly believes in good work which has gotten him a huge amount of recognition and praises from across audiences. He says, "I got to know about this three days back. It was very unexpected and out of the blue but it's a great feeling. " He further addes,"Citylights is a special film and it's always a great feeling when you efforts are recognized. I am glad I won this honour for Citylights as a lot of hard work went into the making of the film. I didn't even know I was being considered for the award so it was a pleasant surprise", the actor says.

The actor will be next seen in Mohit Suri's Hamari Adhuri Kahani.