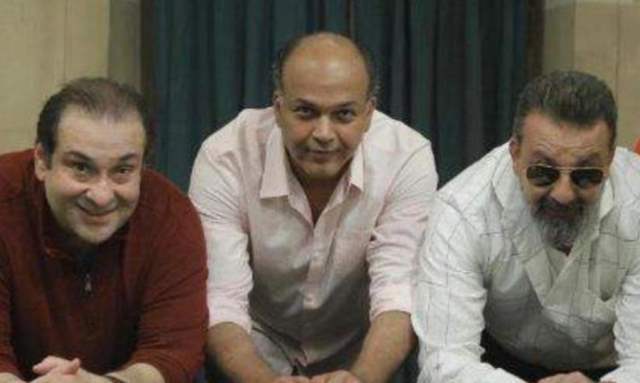 Rajiv Kapoor’s demise shocked the entire nation and the news left the Bollywood fraternity in splits. The youngest son of the legendary Raj Kapoor left for heavenly abode at the age of 58, on Tuesday. Having starred in multiple Bollywood films back in the 80s, the actor made his debut with ‘Ek Jaan Hain Hum’.

The late actor, who was last seen in Zimmedaaar, was all set to make a comeback in his acting career with Ashutosh Gowariker’s film, Toolsidas Junior. The filmmaker's wife and co-producer of the movie, Sunita Gowariker shared how there were plans in the pipeline to mark the senior actor’s comeback in the cinematic world.

The filmmaker's wife and co-producer of the movie, Sunita Gowariker, shared how there were plans in the pipeline to mark the senior actor’s comeback in the cinematic world.

In an interaction with ETimes, Sunita revealed that she was in her car when she was informed of Chimpu’s (Rajiv Kapoor) sad demise. She shared, “I dismissed it off as fake news and called up a friend, who sadly confirmed that it has indeed happened."

She also added that if COVID-19 wouldn’t have happened, the film would have been released in theatres by now and mentioned that they are still aiming for a theatrical release, but we will miss him at every point hereafter.

“In fact, he was supposed to talk to the media at length in the next few days. We had fixed up his interviews for Sunday, February 14. We had also discussed it with him and he also was looking forward to a nice round of questions. He had completed the film, dubbed for it and even watched it," said Sunita in her interaction with ETimes.

The co-producer of Toolsidas Junior spilled a few details about the plot and shared that Rajiv Kapoor will be seen playing the title role as the junior is a 14-year-old kid, who plays his son. Sunita Gowariker also mentioned that Sanjay Dutt is in the film too and it largely dwells on a father and son story.

Many celebrities took to their social media handle and to pray for the departed soul and send heartfelt condolences to his family.