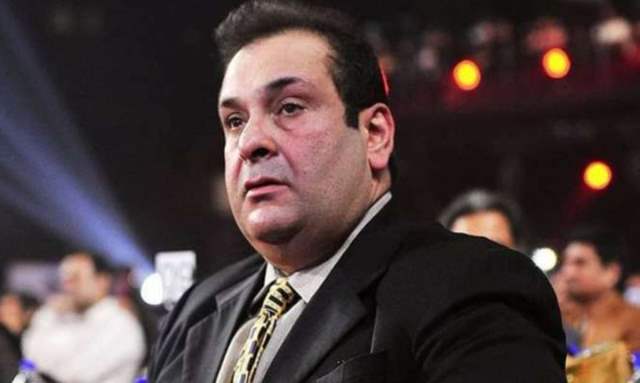 Rajiv Kapoor’s demise shocked the entire nation and the news left the Bollywood fraternity in splits. The youngest son of the legendary Raj Kapoor left for heavenly abode at the age of 58, on Tuesday. The late actor, who was last seen in Zimmedaaar (1990), was all set to make a comeback in his acting career with Ashutosh Gowariker’s film, Toolsidas Junior.

During a recent, interview with SpotboyE, Gowarikar spoke about Rajiv Kapoor who completed a film after a long time and said, “Yes, it is really fortunate that we have a posthumous release of Rajiv to look forward to,”

Ashutosh Gowariker is one of the co-producer of the late actor’s final film Toolsidas Junior. Reminiscing about Rajiv’s reaction to being offered the role, the co-producer said, “Rajiv was like, why me after so many years? He hadn’t faced the camera for 30 years. But I’ve always liked his work in films like Ram Teri Ganga Maili and Ek Jaan Hain Hum. I saw him in the role of the little hero’s father.”

The Lagaan director asserted that he was fully committed to the film, “He promised to stay off alcohol throughout the shooting and he did. He lost some weight too.”

Gowarikar continued, “The best part is, Rajiv was able to see Toolsidas Junior after it was completed. We finished all the shooting before Covid19 and he saw it just before the lockdown. He was so excited! He wanted to show it to his entire family. We had planned to show it all the Kapoors for Christmas 2020. That’s when the family gets together every year. But Covid was still rampant, so we postponed it for later. Sadly, later never came. Rajiv left us.”

The co-producer of Toolsidas Junior spilled a few details about the plot and shared that Rajiv Kapoor will be seen playing the title role as the junior is a 14-year-old kid, who plays his son.

Rajiv Kapoor suffered a cardiac arrest, following which his elder brother Randhir Kapoor rushed him to the Inlaks Hospital, near their residence in Chembur. However, the doctors, unfortunately, declared him dead on arrival.