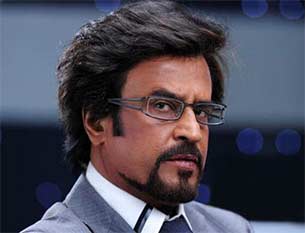 Hundreds of fans of superstar Rajinikanth here will leave on a Padyatra to Tirupathi April 2 to pray for the success of the actor's forthcoming Tamil magnum opus "Kochadaiyaan", slated to release April 11.

"Hundreds of Rajnikanth's fan club will leave for Tirupathi April 2. We will pray for the success of his film 'Kochadaiiyaan', which is releasing after two years. We will also pray for his health and that he continues doing more films," Ravi told IANS.

"Kochadaiiyaan" is directed by Soundarya Rajnikanth Ashwin. It is touted to be India's first photo-realistic 3D animated film.

Drew Barrymore Reunites With Ex-Husband After Not Speaking ...
59 minutes ago