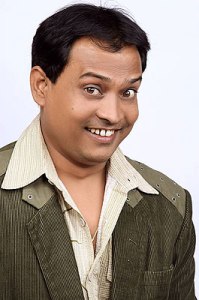 Rajeev Nigam who was recently seen in Sony's new reality show Maa Exchange will soon enter SAB TV's Lapataganj, wherein he will essay the role of a military guy.

A source says, "Soon there would be a track where an army officer will enter Lapataganj and the whole story would be like a tribute to our Indian Army, which goes thro' lot of hardship and stays vulnerable to any attack just to keep us safe".

In the show the story about how Indian army is treated and how they have to live their life without any luxury and high standard of living will be shown," adds source.

Elaborating on the track our source says, "The story proceeds when a small brat boy who is thrown out of Lapataganj comes back as a military guy in the village. Unfortunately he loses his leg and the minister of Lapatganj gifts him a petrol pump in an outskirt which is not accessible at all. The guy actually fights against the system which is so poor and realizes the poor state in which our system works," signs off source.

We contacted Rajeev Nigam and he confirms, "Yes, I have shot for Lapataganj and I am essaying a military guy who loses his leg and fights against the system of the country."