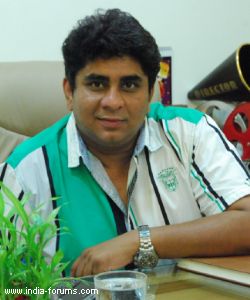 Bollywood hit flick Band Baaja Barat entertained the audience with its unique love story of two wedding planners.The film undoubtedly raked in the numbers at the box office. We now hear that the same is being planned for the small screen by Rajan Shahi's Director's Kut.

According to our source, "Rajan Shahi is coming up with a show on Imagine which is similar to the concept of Band Baaja  Baraat. However, there will be a few changes in the characterization. Like the movie, the show will be set in Delhi where the female lead will be a fashion designer and the male lead, an aspiring actor."

We also hear that the casting of the show is almost finalized. A new comer from Haryana has been finalized to play the main lead.

We contacted Rajan Shahi who told Tellybuzz, "Yes, we are making a show for Imagine but I can't divulge any information about the same."

Will it also be a stunning success on Indian television? We'll have to wait and watch.

surur 8 years ago heyyy...!!! i so wish u could take neha sargam for this venture...she would have been the awsome choice for this...she is doin great in haar jeet watching it only for her she is so refreshing... Thanks for introducing Neha ,she so telenter actress. Really awesome and a fresh character.

xPriya 8 years ago Shows should be inspired by movies, not based on them... this looses all originality ...

*dewdrop~pearl* 8 years ago It sounds a bit similar to Rishta.com, where the leads are running a business together and eventually fall in love after a huge fight!

Budtameez 8 years ago IF THIS SHOW IS GOING TO BE ON UNIMAGINATIVE TV THEN THE FEMALE LEAD WILL BE EITHER VEENA MALIK OR RAKHI SAWANT!. LOL...
#
Only dumb and even dumber people watch the channel that this show is going to be aired...
#
THE SHOW BASED ON 'JAB WE MET' FLOPPED LIKE HELL!.

-richierich- 8 years ago Rajan sahi is giving consistant shows. Let's hope he brings some good theme to imagine channel Which would be inspirational to youngsters.bcz all channels are dealing with family dramas and sas bahu shows. so what if he has taken the outline of band baja barath,shows can be made differently. depends on creativity.

simran_singh_24 8 years ago Why can't Rajan Shahi think of something new?Why ruin the memory of good movie for viewers?Imagine should learn from their earlier attempt of Seeta& Geeta crap show.Can't expect much form the unimaginative channel.