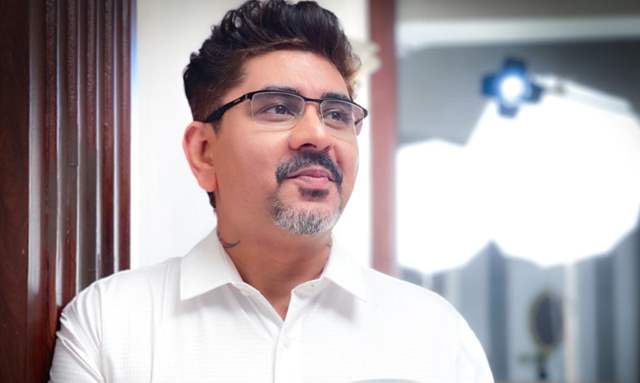 Two of Indian television's most successful and much-loved shows, Anupamaa and Yeh Rishta Kya Kehlata Hai have managed to keep the viewers hooked for a while. Though relatively new, the former has been creating waves on the TRP charts while the latter continues to keep everyone entertained despite so many years.

We got in touch with producer Rajan Shahi, and asked him about the show's success, the twists that await us, and more. Read excerpts from the interview here.

As a concept, did you expect Anupamaa to be a success?

When you look at the flavour of shows I've directed or even produced, be it Bidaai, or Yeh Rishta Kya Kehlata Hai, or even Yeh Rishtey Hain Pyaar Ke, the shows have leads, but the characters resonate with the audiences. When Bidaai happened, there were a bunch of nice characters, be it Mamaji, or Sadhna, or Kinshuk or even the extended roles. I believe, for a story to be nice, there needs to be a story for all the characters as well. For a long time, on television, people have only based the story on two leads, and others become redundant, eventually. However, with Anupamaa, the characters have been written so beautifully, I think everyone felt that they have someone like Vanraj, or Anupamaa or Kavya, or Baa, or anyone else for that matter in their family as well, and it felt relatable.

Was Rupali Ganguly your first choice for Anupamaa?

Rupali and I have a long association, my first show back in 2000, as an independent director, Dil Hai Ke Manta Nahi, was also a show she got a break with as a female lead. Later, we both got busy in our own shows but when this concept came to my mind, initially, Rupali wasn't in our mind, but when I did speak to her, and we met, we felt the same rapport. When she was sitting next to me, I felt that she is my Anupamaa and I always thank Rupali for doing it because of the way she has worked, hats off to her. I have seen a growth in her individually, and it was similar for Sudhanshu as well, we've worked earlier over 20 years ago. I have seen how both the actors, including me, we've all learned a lot from life experiences and I felt that we are the right combination.

With women-centric roles in your shows, who would you say have been your favourites?

All characters have their own touch, but if I were to name a few, Akshara is a character that people used to say even back then that she is regressive, she is a simple girl, ideal daughter-in-law. One needs to show progressive thoughts, but progression does not mean that you forget your values, a home-maker does not mean regressive, and Hina Khan did a great job. After Akshara, I have strongly felt for Naira, she is a modern-day girl, she even speaks up but also makes mistakes, someone who is not perfect but is honest, she is a real character. Similarly, I feel the way Shivangi has had a growth in over 4 and a half years, in 1200 episodes, Mohsin and she have together, brought range and depth to their characters. And now, in 2020, the 360 degree that Anupamaa has been able to show, with three generations of women along with all other roles that she has to play in the house, the character has its own simplicity, a sense of vulnerability as well, and Anupamaa is the most inspiring and realistic character.

Your shows have always brought about twists and turn to keep the audiences hooked. What is your thought behind it?

I know where is this coming from, I believe it is about Yeh Rishta Kya Kehlata Hai. We need to bring an evolving growth in Yeh Rishta from time to time and now, it was time for that, and a similar thing happened during Akshara as well. Likewise, this is a bigger change because this does not concern just one person, we have been seeing the response and the negative backlash as well, of course. Whenever something big happens, I meet Shivangi and Mohsin, and they are equal stakeholders, they are the reason Kaira is so popular, so if major things are about to happen, they need to know and I had a meeting with them and explained everything, and they've always had faith, so they said whatever is good for the show, we'll go ahead with that. I do share a bond with them and it is not just for the camera, they've given their 4 and a half years with a lot of efforts, and the decisions we've taken, a lot of things will be revealed, there is going to be a big big change.

With so much happening, both the Rajan Shahi shows sure seem to be having a lot of fun for the audiences ahead!

diksha710 17 days ago Poorly edited article.. IF you can do a better job than this