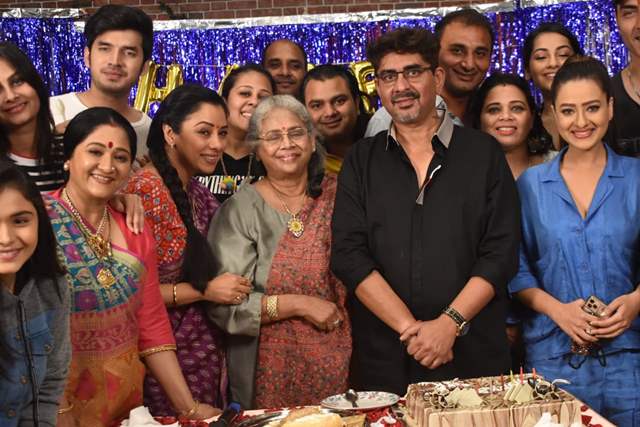 It is Rajan Shahi's birthday today (December 3). The ace producer as usual opted for a working birthday and started his day by cutting a cake with the cast and crew of his popular TV show "Anupamaa". And that's not it, he is even trending on Twitter with 'Happy Birthday Rajan Shahi' since Thursday morning.

And guess what could have made this day more special? His shows "Anupamaa" and "Aai Kuthe Kay Karte" have reached the highest ever TRPs and it's a record for both his shows. While the former was rated at 3.8, the latter reached 6.

"Anupamaa" went on-air in July, soon after the first phase of unlockdown began. The show revolved around the story of a homemaker who forgets herself while taking care of her family. And how she gets the shock of her life when she learns about her husband's extramarital affair. Since then it has been all about revelations and Anupamaa's self-discovery. The show is produced under the banner Shahi Productions Pvt Ltd and airs on Star Plus.

Rajan will also be visiting the cast and crew of "Aai Kuthe Kay Karte" and "Yeh Rishta Kya Kehlata Hai" to celebrate his special day with them.