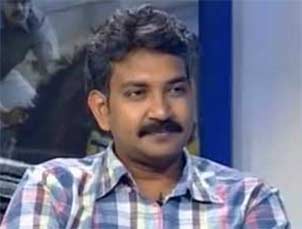 Ace filmmaker S.S. Rajamouli will April 14 release the audio of Tamil comedy "Vallavanuku Pullum Aayudham", which is the remake of his Telugu hit "Maryada Ramanna".

Rajamouli will be joined by Tamil filmmaker S. Shankar at the event.

"Rajamouli and Shankar have agreed to grace the film's audio launch. Since our film is the remake of 'Maryada Ramanna', we felt it would be nice to have the blessings of Rajamouli sir at the event," the film's director Srinath told IANS.

While the Telugu version introduced comedian Sunil Varma in the lead, actor Santhanam has reprised his role in the Tamil version.

Rajamouli's "Maryada Ramanna" was also remade in Hindi as "Son of Sardaar".