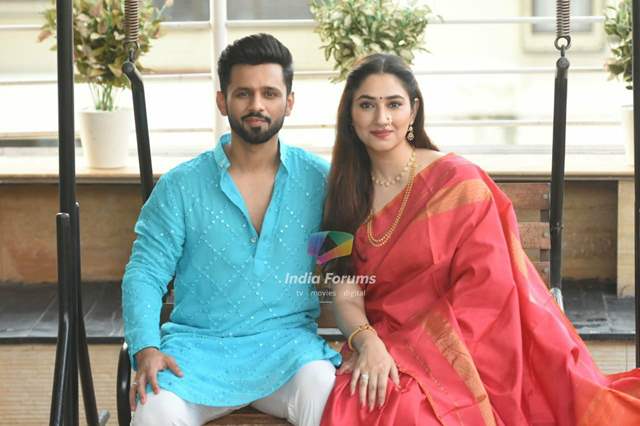 Rahul Vaidya and Disha Parmar are one of the most talked about couples in telly town right now. With wedding bells ringing soon, they are spotted together time and again. And today, on the occasion of the onset of Marathi New Year, Rahul and Disha celebrated their first festival together.

Rahul got talking about the festivities at home and went on to say how it a homely affair for them with waking up earlier, doing the puja, and hoisting the gudi at home. He also said how his mom rolls the best puranpolis every year and that is a highlight for him. The singer further revealed during his interview with The Times of India how the mood is better this year, however, people don't socialize much and things are always a low-key affair, which is why it won't affect the celebrations. He also added how the festival is all the more special this year since he has Disha by her side. He also mentioned how it will also be a new experience for Disha since she is a sardarni.

Meanwhile, Disha has also received a nath and a traditional Maharashtrian nauvari from Rahul's mother and while she knows about the festival, she has never celebrated it earlier. Disha revealed how she looks forward to learning more about the festival now that her partner is a Maharashtrian. She also recalled being a part of the celebrations on the sets of her last show Who Apna Sa, this is her first time.

While Disha believes she is an amateur cook, she hopes to learn something from Rahul's mother. She concluded by wishing for a happy and healthy life for them and their families while hoping that the Coronavirus leaves soon!