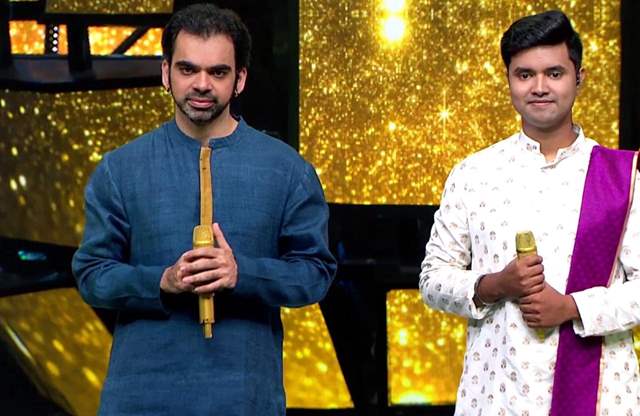 Mere Sai is one of the most religiously followed show of Sony Entertainment Television. The show is yet again coming up with another inspirational story about a 15year old girl who has lost her faith in God and how Sai Baba will help her to build her faith and trust in God.

To woo the audience and help the audience reinstate their trust in positivity and hope, the makers have decided to bring this story. The makers have also worked on a beautiful song which stirs the entire feeling for faith in the song "Aayega phir bhor ghatega Andhiyaara". Pune based well known Indian classical singer Rahul Deshpande has contributed his melodic voice for the upcoming track of Mere Sai. Rahul is known to have sung for multiple Marathi movies.

The duo (lyricist) Mukund Bhalerao and (composer) Devendra has worked hard to connect the song with the track - Faith in God, made a soulful and mesmerizing song. Singer Rahul stated, “I have been a part of the Indian music industry since my childhood days and have sung numerous songs. It was a wonderful experience and honor to get such an opportunity to sing a song in Sony TV’s Mere Sai. While I was singing this song, I only imagined Sai baba sitting in front of me and blessing me and that’s what was going inside my head and I could not see anything else apart from the temple in Shirdi so it was a beautiful experience.”