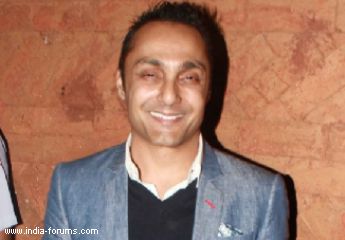 Valentine's Day is approaching, and Rahul Bose is sad and says this will be his worst Valentine's ever, thanks to his single status.

"The worst Valentine is the coming Valentine's Day. There is no one. I'll be alone and I'll be lonely," the 44-year-old said here at his sister Anuradha Ansari's studio launch.

"Best Valentine was when I used to be romantic and I gave my girlfriend 19 gifts because she was 19-year-old and I was also 19," said the actor who was last seen in "Kuch Love Jaisa".

He is currently working in Deepa Mehta's "Midnight's Children", based on Salman Rushdie's novel by the same name.

He has also wrapped up shooting for Kamal Haasan's "Vishwaroopam".