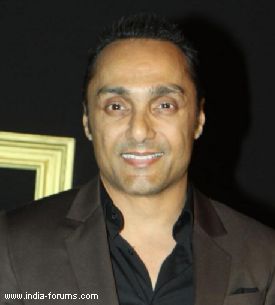 Actor Rahul Bose's NGO, The Foundation, has launched an initiative "The Idea of India", an auction of 16 iconic memorabilia donated by 16 legendary Indians.

The NGO has teamed up with Standard Chartered Bank for it, said a statement.

To be held here Feb 22, the auction will see actress-social activist Shabana Azmi's gold medal for best student in acting at FTII in 1973, top shooter Abhinav Bindra's Olympic gold medal winning rifle, Beijing, 2008 and actor Aamir Khan's autographed Bundi (jacket) from his film "Lagaan" among others going under the hammer.

"The founding idea of free India was that ours would be a country where every citizen mattered, every Indian would be cherished by the state regardless of class, caste or religion. It is this idea that these 16 Indians have actively upheld all their lives," said Rahul in a statement.

"We are also extremely happy to have Standard Chartered Bank on board with us as partners. Standard Chartered has an enviable history of philanthropy long before it became fashionable for corporations to be philanthropic. Our gratitude and a warm welcome to them to 'The Idea of India!," he added.

The chief guest at the press conference held to announce the initiative was tabla maestro Ustad Zakir Hussain who will donate a set of tablas.

Bose's foundation, which he started in 2006, travels to furthest outposts such as The Andamans & Nicobar Islands and Manipur and offers 15-year scholarships to six children from each region starting from grade 6 upto employability.

Nawazuddin Siddiqui Waited 20 Years to Work with Sudhir ...
31 minutes ago