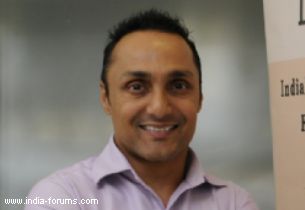 Actor Rahul Bose is feeling homesick as he is away from India for shooting for his new project in Africa.

"Missing India. Will be away filming till the end of July. Meanwhile, here's a sunrise over Africa," Rahul tweeted along with a photograph Tuesday.

The actor did not mention the title of the film that he is shooting for. A few weeks back, he mentioned about filming at RK Studio here.