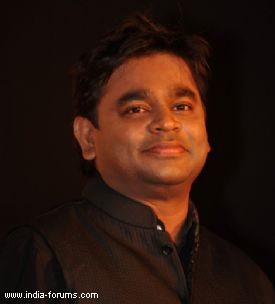 Double Oscar winning composer A.R. Rahman was floored by the love showered upon him by his son Ameen, who wanted him to stop recording and catch some sleep at 3 in the morning.

"I was arranging music for my new album, 'Raunaq', and suddenly a young chap comes and tells my sound engineer to shut down everything... He said that I have to sleep at least 7 hours a day and rest well. So, all plugs were to be pulled off and all computers to be shut down," Rahman posted on his official Facebook page, Thursday.

"I was surprised. It was Ameen. It took me 10 minutes to convince him to go and sleep. (I) had to promise him that I will catch up on my sleep for sure, and so I did. (It's) hard to believe that he is not a baby anymore," he further posted.