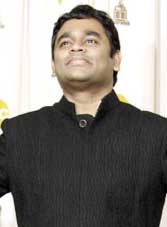 Governor and varsity chancellor Surjit Singh Barnala gave away the honourary degrees at a special convocation.


The degrees were conferred on Rahman and Annadurai for their achievements in the realm of music and space technology respectively and on Stalin for his contribution to the state's administration, Anna University Vice Chancellor P. Mannar Jawahar said.


This is the third doctorate for Rahman after he won two Oscars for Hollywood movie 'Slumdog Millionaire'. The first was from Aligarh Muslim University and the second from London's Middlesex University.


This is the first honourary doctorate conferred on Stalin, 56, a graduate of Madras University.


Honorary doctorates from Tamil Nadu universities are normally given to chief ministers of the state with incumbent M. Karunanidhi, as also M.G. Ramachandran and Jayalalitha who have previously occupied the post, among the major politicians to have been conferred the honour while in power.