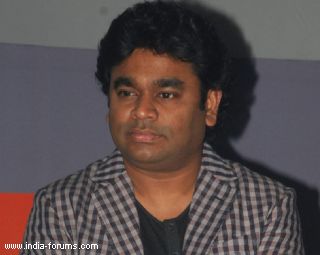 Rahman will appear in a promotional video for the film, while singing a track "Kya hai mohabbat". In fact, the composer, who is known to delay Indian projects due to his global commitments, has already shot for the track.

But now Menon is unsure of how to use Rahman's footage.

"I still have to decide how to put together the music video. We've filmed Rahman singing the song. I need to put it together with shots from the film," said Menon.

The filmmaker says this is the first promotional music video for a film that Rahman has ever shot for. So, one wonders what made the reclusive composer agree to face the camera.

If Menon is to be believed, Rahman finds himself sharing a deep empathy with the Prateik-Amy Jackson romance in the film.

"There's an old-fashioned quality to their romance. I think Rahman identifies with that," he said.