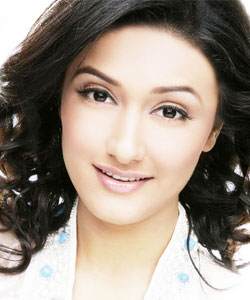 Billed to be the first complete People's Choice Awards, Big Star Entertainment Awards brought about the amalgamation of Music, Movies, Television and Sports. The effort which was launched for the first time between Reliance Broadcast Network and Star India was held last night in Mumbai, and was graced by the who's who of the Bollywood industry. The show will be aired on 31st December on Star Plus.

Ragini Khanna, our very own Suhana of Sasural Genda Phool bagged the highest honour in the television category, as she was awarded with the 'Big Star Television Entertainer Award'.

We hear that Ashita Dhawan of Bidaai fame was the only face from the small screen to host the show. Arshad Warsi, Marathi mulga Shreyas Talpade, and Ayushmann Khurana were the main hosts for the event.

Our source adds on, "Akshay Kumar, Priyanka Chopra, Rani Mukherjee gave sensational performances on stage, while Vijendra Singh the boxer too grooved for a popular number. The popular Jodi of Veer and Tapasya (Nandish Sandhu and Rashmi Desai) also performed.

We contacted, Ragini Khanna to congratulate her, but she refused to comment.

Ashita Dhawan on her part said, "It was a pleasure be part of such a grand event, sharing stage with such great people".

assbandit 10 years ago Congrats Ragini.......least you could have done was given a comment when contacted by India - Forums.

10 years ago i do not like her, she is not pretty at all

10 years ago Suhana is the best show Ragini did sofar. its a complete show watching Radha Ki Betiyan and Bhaskar Bharati I think her acting improved much higher in notches in SGP with Suhana You deserved it

+ 4
10 years ago Ragini Khanna truly rocksss!!!!
he is just amazing n one of the successful TV actors of today

+ 2
10 years ago She is a very talented ator. Congrates Ragini. But I loved you Bhaskar Bharti more than SGP