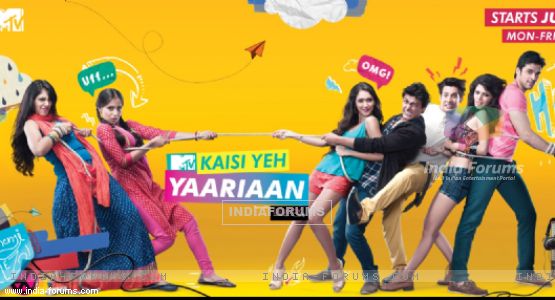 With the on going track of MTV Kaisi Yeh Yarrian about the FAB 4 moving to Manglore, lot of drama is spicing up on the show. We earlier reported about the water drama where Harshad (Abhishek Malik) was trying to gain sympathy from FAB 4 by creating a chaotic situation.
Lets see what the makers have in the coming episodes...
Our source says, "In the coming episode, Raghav and Kabir(Ayaz Ahmed) will come across each other after a long time in Manglore. Well, their first interaction will not be pleasant. They will be seen fighting with each other over food."
Will Kabir and Raghav come together?
To know more stay tuned here.
Phalguni Sharma

5 years ago A better title finally!!

and its Cabir, not Kabir! why do u people always spell the names of our favorite characters wrong??

wanna see more of raghbir drama, its gonna be interesting to watch how they resolve their issues...

5 years ago Finally Raghav and Cabeer in front of each other.This will be interesting to watch.

+ 4
5 years ago raghav back will be interesting!! Ayaz Ahmed love u as Kabir.. Kaisi Yeh Yaariaan rocks