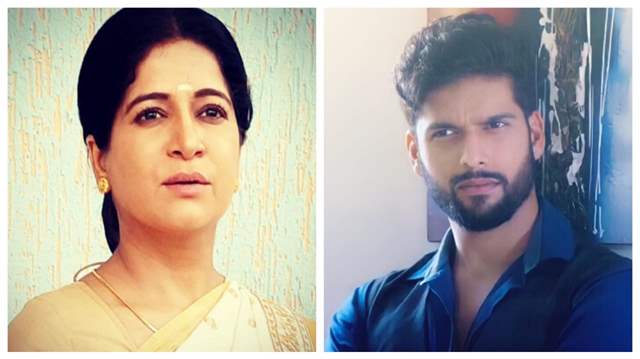 In the previous episode, Pallavi has a deep conversation with Amma and tries to explain Raghav’s side of the story. She tells her that Raghav told her about everything that happened in the past due to which her husband and son Arjun lost their lives. Further, Pallavi explains Amma Raghav’s situation and his side of the story, she tells her that Raghav’s intent was never bad and he only wanted to give his family a better life. She also states that Amma is a phenomenal mother for Keerti but somewhere she failed as a mother for Raghav.

In the upcoming episode, Amma feels bad and realizes her mistake. She decides to sort everything with Raghav. She musters courage and meets Raghav. She apologizes to him and states that she was so engrossed in her own pain all this while that she forget being a good mother to him. She says that she feels sad that she was not there with him when he needed her emotional support. Lastly, Amma tells Raghav that he is not responsible for his father and brother’s death. This leaves Raghav emotional. Amma further states that Pallavi is responsible for making her realize her mistake.

+ 2
3 months ago Their performance was superb! I really loved it❤️❤️

3 months ago Amma and Raghav patch up was most awaited one. Loved it 😭😭 couldn't stop crying it was so good. Sai ketan rao and geeta tyagi nailed it as Raghav and Amma. Love this show to the core😍🧿

3 months ago This scene was heartwarming, even though really emotional. Both actors did so well, one would think that they truly cried. A special mention to that one part which got to me - when his legs give way and he staggers after she says that he is innocent. It was like as if a burden of so many years was lifted off his shoulders that he lost balance and broke down completely. Well done team! You’re all shining!

3 months ago one more article...we r getting lots on IF now :)

3 months ago The reunion was enacted quite emotionally by Geeta Tyagi and Sai Ketan. Superb. Sai Ketan and Shivangi Khedkar are doing a great job as Raghvi. Hats off to the team. Mehndi hai rachne wali rocks !!

3 months ago This scene was so emotional, touched my heart. Geeta Tyagi ma'am and Sai Ketan Rao... you both were amazing!! ❤️❤️