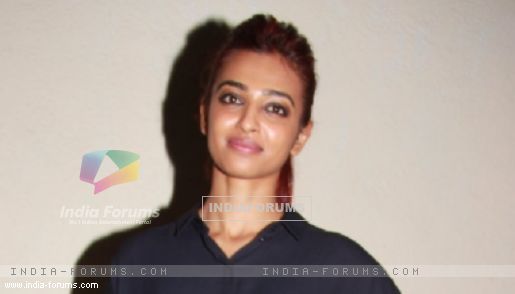 Actress Radhika Apte says she is thrilled to be a part of an untitled international project which has brought together seven directors from across the globe to make an ensemble of short films.

"I am very keen on doing more international work so when this opportunity presented itself, I was more than thrilled," Radhika said in a statement.

All the films in MTV International's project will be based on a common theme - forbidden love.

In the project, Radhika will be a part of filmmaker Anurag Kashyap's film, who is representing India in the bunch of directors. She will be seen opposite Satyadeep Mishra.

The actress, who has earlier worked with Kashyap in film "Hunterrr", says a challenge has also come along with the role in the crossover film.

"I have worked with Anurag before and I am extremely fond of his work. This is a very prestigious project. The part is also very challenging. I am very happy and feel grateful that I was cast for this," she added.

Meanwhile, Radhika's action-thriller "Badlapur", which released Friday, has generated quite a buzz and is receiving rave reviews from all quarters.

“Your body is your instrument”, says Radhika Apte as she shares tips ...