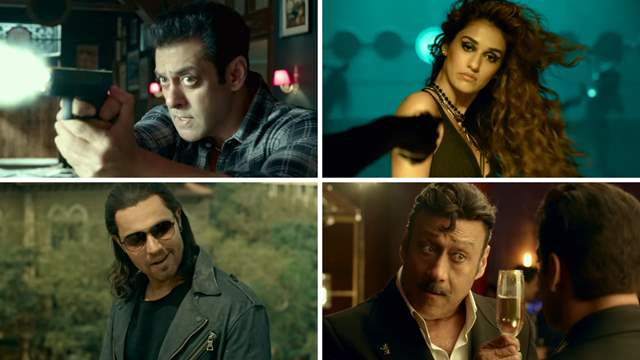 Salman Khan’s films are synonymous with mega-blockbusters, thrillers with adrenaline-pumping action sequences, groovy music and dance moves that end up being the nationwide trends. In keeping with his promise of mega entertainer every EID, the superstar’s next, Radhe: Your Most Wanted Bhai is all set to release on 13th May, 2021 in theatres worldwide and on ZEE5 with pay per view service ZEEPlex.

Directed by Prabhudeva, the trailer of Radhe: Your Most wanted Bhai was launched today, and it promises the perfect mix of high – octane slick action, catchy dialogues and chart-buster music. The trailer gives a glimpse into the world of crime Radhe is pitted against. Randeep Hooda plays the role of the main antagonist, who looks suitably menacing in the avatar of a quintessential villain.

Action sequences form a major highlight of Radhe trailer, and it looks like the film is all set to pack a punch. Salman Khan and Disha Patani’s cute chemistry seems like another highlight of the film. Disha not only looks sensational but her character seems to have a lot of range and depth. The film also stars Jackie Shroff, who reunites onscreen with Salman Khan after Bharat, and his character seems interesting as well.

Due to the ongoing pandemic situation, the film is all set to have a multi-platform hybrid release with Zee Studios opting to go with theatrical releases in almost over 40 countries and a simultaneous release over their 'pay-per-view' broadcast platform Zee Plex.

Radhe: Your Most Wanted Bhai is presented by Salman Khan films in association with ZEE Studios, produced By Salma Khan, Sohail Khan and Reel Life production private limited. The movie releases on May 13,2021 on the occasion of Eid.