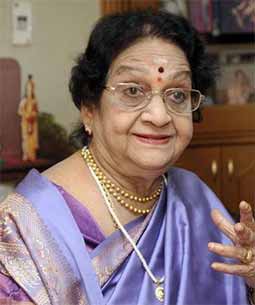 Anjali Devi passed away here Monday due to heart-related problems. She was 86.

"I don't mind if it's called her autobiography because I was only helping to put down her thoughts into words. I was merely a stenographer. We have been working on this book for the last few years and I regret that we couldn't get it published on time," Rao told IANS.

"I tried to find a publisher but things didn't fall in place. Unfortunately, she is no more today. Now I hope to do it alone with the permission of her children. The book is still untitled and a suitable title needs to be finalised," he added.

Rao said that the book will encapsulate the good, bad and ugly anecdotes from Anjali's life.

"Film personalities too have their share of bitter and worst experiences and Anjali was no exception. In this book, she has shared some very personal stories - good, bad as well as worst - from her life as an actress," he said.

A celebrated character actor, Rao has starred in nearly 100 films. Some of his best films include "Sobha", "Andala Ramudu" and "Pelli Pusthakam".

He recalls Anjali as quintessential goddess Sita on screen.

"For Telugu audience, if N.T. Rama Rao was lord Rama, then Anjali was their Sita. She literally lived in every character she essayed in her career. Be it a mythological character or of a hapless housewife, Anjali played them with ease. She was a gifted artist," Rao said.

His last meeting with Anjali was about six months ago. He wished he had met her recently.

"I met her about six months back in Chennai when I went to meet my son. She was perfectly alright then, but few months later she fell ill. I couldn't meet her during that time and I wish I did," he said.

Jigyasa Singh pens a heartfelt note on completing one year with ...