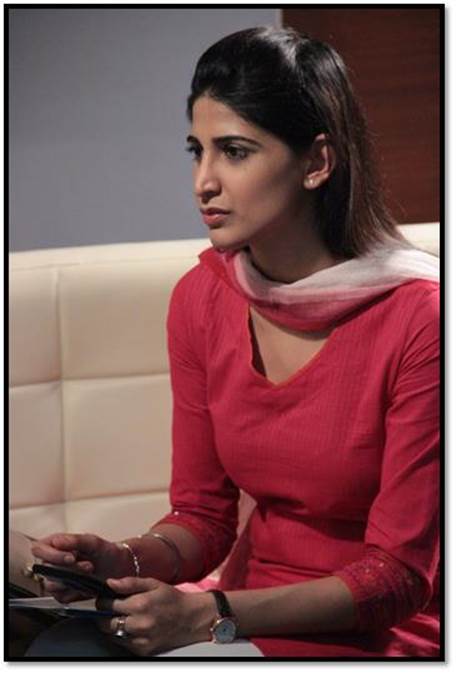 Theatre actor Aahana Kumra's happiness knew no bounds when she realized that her television debut on the small screen through Sony Entertainment Television Yudh will be with none other than the legendary Amitabh Bachchan.

Aahana who has earlier worked in films like Anup Kurian's The Blueberry Hunt and Makarand Deshpande's Sona Spa, is making her debut on television with the drama series Yudh on Sony Television. Apart from Amitabh Bachchan the show stars Sarika, Nawazuddin Siddiqui, Kay Kay Menon, Tigmanshu Dhulia among others. While Ribhu Dasgupta has directed the show; filmmaker Anurag Kashyap is the creative director and Shoojit Sircar, the creative consultant.

Aahana will be seen playing a pivotal role in the show. Says the actress, "I play Mr Bachchan's daughter who is an oncologist. She is the serious type, always keeps to her work and studies. One day, she comes to know that the person whom she called father' is not her father, but her step-father. That's when her life gets complicated. Aahana still can't believe her luck and says that and that it's a dream come true to work with Mr. Bachchan.

"I had never thought in my wildest dream that I will get a chance to work with Mr Bachchan, that too so early in my career. I had thought I will probably get a chance to do an ad but that's all. Working him with for almost a year and playing a character which is so close to him. It's like going on a 'tirtha yatra'. I am still very dazed."
0 Likes