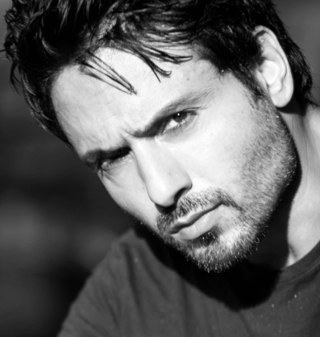 His show is the no.1 show on Life OK and has found a huge fan following. Playing Anshuman in Tumhari Paakhi, Iqbal Khan sounds humble as he expresses his feelings and says, "The feeling is fabulous... God is kind." The current track shows him getting beaten black and blue as he realized his mistakes and wants to have Paakhi (Shraddha Arya) back in his life.
As part of the shoot Iqbal was in Delhi recently where he says he had a good time, "Yes, I enjoyed shooting in Delhi. We were shooting at outdoor locations like Qutub Minar, Red Fort, Chandanii Chowk, etc., and the weather was much better than in Mumbai. I met old college friends and had a nice time with them. I had scenes with Anita Raj who plays my on-screen mother and I met her for the first time prior to the shoot and it was a fantastic experience working with a senior actress like her. She plays my mother who has been thrown out of the house by my father since he doubts her character and she has come back now at a time when I too have done the same with Paakhi (Shraddha Arya). Now I have to win her love and trust back, how I don't know but obviously by doing good things."
And how does he woo his real life wife Sneha, "In real life there is more of a possibility that my wife Sneha might throw me out of the house instead of the other way round," says Iqbal laughingly. Isn't she bothered about his and Shraddha's vibrant chemistry and the comments that the fans shower on the on screen couple? "Well, she knows that I love her a lot and she is used to all this adulation. She watches the show, gives her feedback and I take her comments quite seriously since 99.9% she is right. Actually, make it every time the wife is always right!" winks Iqbal.
His love for his family is the most important thing for Iqbal who is focused in life. Last year just before he was finalised for Tumhari Paakhi, Iqbal had refused 2 offers - Bharat Ka Veer Putra - Maharana Pratap on Sony TV and Mahabharat on Star Plus. Both the shows are doing well, does he ever regret of not doing them? "No, never do I think about it since I was very sure of what I was doing. Both the shows are being shot far away from Mumbai which was not acceptable for me since my wife and little daughter are alone at home in Mumbai and that was purely the reason for not doing the shows. Work is a very important part of life, but not the most important part of life." 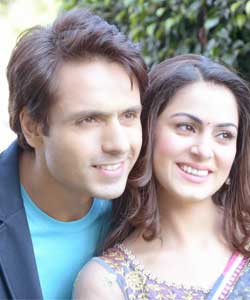 His decision turned out to be wise since Tumhari Paakhi has touched the hearts of the audience and managed to go beyond the initial 100 episodes that it was meant for. Does it mean that the story has gone beyond what was actually to be in the book Nababidhan that it is adapted from? "Yes, we are following the novel but at the same time not treating it like the Bible. We are not stretching the story at all but I am sure the creative team is balancing the story from the book as well as adding their own twists to keep it interesting."
The topic shifts to the recent MOU which has been the talk of the industry lately. What is Iqbal's take on it? "See you cannot bind anybody with anything in this world. What if the actor doesn't like the way the story progresses further, what if the track changes drastically, what if something tremendously goes wrong on the sets and you don't like the atmosphere... there are so many things and you cannot put such pressure. So there has to be a window or there should be good compensation. I always believe that if an actor is asked to block dates then those dates should be either be used or then the actor should be paid for it. As it is 80% to 90% contracts with the production house are one sided so when they are always safe and in control where is the problem? I have never signed a MOU so far. However, I am open with having a contract with the channel. For Tumhari Paakhi too I have no contract with the production house or the channel since lots of things are also based on mutual trust and understanding. I have a good working relationship with my producers Shashi & Sumeet Mittal and we are fine working like this so each case is different."
No wonder Iqbal is not interested in anything else and is happy with the way the show has progressed and concludes, "Currently, I am happy in my zone... content that my show is no. 1 on Life OK. The ratings are as good as compared to same time shows on rival channels which feels great."
Seema Khot Mattoo
0 Likes

Neerjaa 6 years ago Never have seen any show again except CB ,but Iqbal you are surprise packet for me with so many emotions ,not going over the top . Love your acting skills ,you are competition to yourself . God bless you

jakr 6 years ago Iqbal is great actor witha great voice and great heart. I love him from kyph days all the best mik As anshuman in tumari pakhi you have created sensation

Neerjaa 6 years ago Iqbal first time i saw you in Tumhari Pakhi , you have amazing actor who emotes through his eyes , Brilliant actor . All the best

fm05 6 years ago Iqbal Khan is a powerhouse of talent. I admire his humility and loyalty to his family. Clearly, he has got his priorities straight. Despite being around in the industry for as long as he has and being hugely popular since his debut, he has remained grounded. I feel the credit goes to his wife too.

I feel like this role is some of his best work yet as he has been given the opportunity to portray a great range of emotions and facets in one character. I am glad he took up Tumhari Paakhi instead of the other shows.

crazyshantu 6 years ago really hats off to this man!! Not only best actor but best hubby n daddy too!! Its treat to watch how amazingly he expresses each emotions!!Love Iqbal and love Tumhari Paakhi

*Dev.* 6 years ago Iqbal seems more matured and genuine as a person, keep doing the good work! I appreciate you for your acting abilities and talent. The show also is interesting.

riyadiwani 6 years ago well said iqbal love u ,love u tumhari paakhi and love u both iqbal khan and shraddha arya