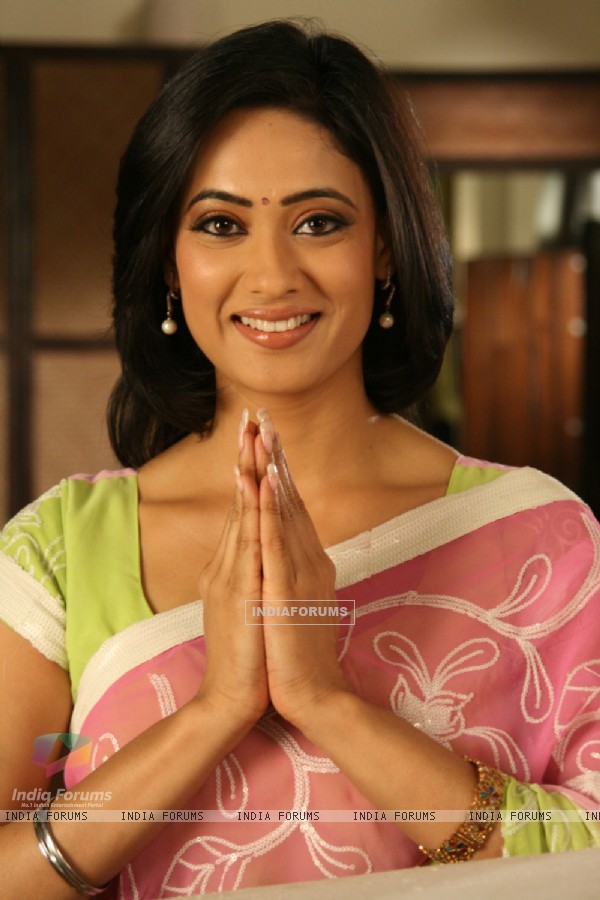 Shweta Tiwari is currently seen as Katrina Mishra in Star Plus' Mad In India. The actress, who rose to fame as Prerna in Kasautii Zindagi Kay, has been applauded by the masses for her acting talent not only then but now as well. Shweta who had a troubled married life, is now blissfully settled in her life once again.

The latter's break up with the actor Raja Chaudhari indeed were making a headlines however, Shweta has taken a step ahead and is happy with her second married life with actor Abhinav Kohli.

Despite going through many ups and downs in her life and being a victim of a domestic violence, Shweta proved to be a doting as well as strict mother who has left no stone unturned in her daughter's upbringing. Thus she is a woman who never broke down in any tough situation. She is grateful to Ekta Kapoor who is again a strong woman in the industry. Shweta has set an example for other women that they should always fight for their rights and never lose hope under any circumstances.

When we quizzed Shweta to know more about the development and progression of women of our country, she says, "Frankly speaking there is no development at all, not only India but throughout the world there isn't any improvement in the condition of women in any country. It's really important for women to take care of themselves anywhere they go. I have been to Paris even that is not safe at all. Aurtoon ki security unke khudke  haath mai hoti hai. You must take your own safety measure instead of only seeking help from police or others. They will help you but first you must help yourself. Try to keep yourself safe."

As Shweta was going through in one of the most crucial phases of her life, when we asked her about how did lens a support to her during her hard time? For this Shweta replies, "I had too many women to handle me and that is the reason I was able to handle my situation, because it's not easy to handle such situations. I had my mom and most importantly Ekta Kapoor and Shobha Kapoor the way they handled me cannot be expressed. They never pressurized me to come on time on shoot or anything as such. I used to reach at 6 pm on the sets of Kausauti Zindagi Ki for shooting, where I was supposed to reach at 6am. Main bhatakti rehti thi bhaagti rehti thi sometimes from the media and sometimes from my ex-husband. Sandeep Singh Siddhu who was Ekta and Shobha Aunty's lawyer and Saaketh who used to handle their production was there with me 24/7 to look after me. I used to be so stressed that I used to do unexpected things like I used to get off my car and start running on the road and these two guys used to run behind me. Ekta and Shobha knew everything about me that where I was, what I was doing. I cannot forget their favor throughout my life. They did a lot for me"

She is highly obliged with her ex producer Ekta Kapoor's gesture to support her and who empathized with her in her tough situation. Shweta says her loved ones were very kind towards and never really cribbed about her problems which had arised because of her, "In the earlier time, sets of the shows were interlinked and were divided with a shutter which used to be closed permanently. Kahaani Ghar Ghar Ki setup was next to our set of Kasautii Zindagii Kay. So whenever Raja created a chaos outside the set, Ekta used to give a call and used to let the shutter open for me so that I can run out from the place and escape. She has done that for me and I am so obliged. They never gave me stress that they are facing problem in shooting because of me. My mother never told me that because of me Raja is creating scenes every day in the building. And most importantly I had money to hire a good lawyer for myself. Thus I was able to tackle situation and today I am here happy with a loving husband and a daughter."

Lastly Shweta conveys a very inspirational message to the other women who are also going through the bad phase in their lives as she says, "I can't say that all the ladies going through an awful situation should take these steps because situations may differ but I only want to say that don't take any wrong step or harm yourself when you are under depression. Be strong and try to handle it."

Well said Shweta and we completely agree with your views. So we at TellyBuzz wish you all a very Happy Women's Day!

7 years ago appreciate her spirit !! really like her as an actor .. way to go ST

7 years ago shweta u are correct in this condition.
Thank you India Forums for this article
jug jug jiyo 100 saal lambi umer hoye India Forums ki

+ 2
7 years ago Shweta you are very strong

Glad you, have move ON

7 years ago shweta g I appreciate ur thinking dat jab koi unlimited headche de to use chod dene me he samjdari hai.

+ 4
7 years ago OMG i'm a Big Shweta fan bt i did'nt knew abt all dis.. :O Really shocked to hear abt it Wat Shweta hav faced in her life during Kasauti days nd dat was da reason she was'nt able to give her full time in some tracks of Kasautii too.. I'm really glad dat Shweta is out of dat miserable life nd is spending a Happy life with Abhinav n Palak now..:)

Even being a Shweta fan i also wanna Thank Ekta nd Shobha G as they hav helped Shweta in her tough phase of life.. Thank U soo much Ekta nd Shobha G.. :) Dre wer articles during Kasauti days dat Shweta throws tantrum as she most of da time comes late on Kasautii sets bt nobody knew wat was going in her life dat time.. its good dat dis article hav cleared all dat!

Thanks aloot I-F 4 giving dis Article of Shweta :) Plzz do keep giving articles on her.. i also wanna wish a Very Happy Women's Day to Shweta nd all da Women's!

Cool_dude69 7 years ago Shweta you are very strong

Glad you, have move ON

I am glad she was able to fight and move on!!!!