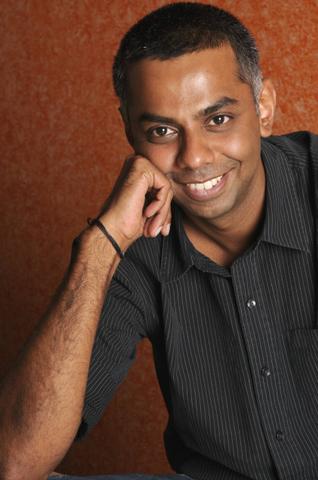 MTV Splitsvilla, the popular show which showcases the passion of love amongst the youngsters will be seen in all new avatar with a new theme from the last season Hot as Hell to Fairy Tale Romance this season.

With the launch of MTV Splitsvilla Season 7, we got in touch with the EVP and Business Head of the channel MTV India Aditya Swamy to share the various strategies to develop the channel, youth based shows and more.

As a Business head of the Channel MTV India, according to you what changes will the audience get to see in this new season of MTV Splitsvilla?

MTV Splitsvilla has entertained around 50 million young Indians across six seasons. With a brand new format initiated this year, we are looking forward to taking this twisted game of love to an altogether new level.There are three things that audience will get to see. One for the first time we have a real superstar as a part of Splitsvilla, Sunny Leone who is reigning today and is a queen of young people's heart and mind.

Sunny is a part of the show which is a big thing for us and the interesting thing for me about Sunny is being a superstar she has come like a friend and the other host who is a crucial part of Splitsvilla is Nikhil Chinapa. He is the soul of Splitsvilla. Second thing you will watch for the first time is well known faces in Splitsvilla. Always the boys and girls were equal and today we got well known boys and fresh girls and that's what interesting to see the chemistry assembled in the show. Third thing is the change in the concept of show itself being a very active contestants, intense fights, challenges but now it's about dream, it's about a fairy tale romance, it's about people getting their dreams come true. We all at bottom feel some romance so through Splitsvilla we kind of get that idea of Romance back.

MTV India is all about youth shows what is the common thread behind this concept?

We see ourself as universe of the young things which attracts, excite and engage young people. We have shows where you will see deeply rooted beauty of world. So Roadies is about achieving something that you think you could have never done. Proving to people that you are not useless and that main Roadie banker dikhaonga this is something to prove to the world. Splitsvilla is all about ideal romance and Spiltsvilla gives you opportunity to find that. There is another show of MTV India Webbed which tells you how you can protect yourself from the danger of Internet which is again very much rooted in what young people are all about, so you will see a common thread that ties in everything we are doing in our shows which is exciting young people. Now the definition of youth is also changing it's expanding on both sides now 11 years and 12 years old are not watching cartoons anymore and 30-40 years old are young at heart so we got a rock concert today, you see 12years and 30years youth is changing both side which is good for us.

What unique you found out for selection of the place like Rajasthan?

The castles of Rajasthan, the desserts which match the theme, last time it was Kerala because the theme we had was 'Hot as Hell' and this time its 'Fairy Tale Romance' so we have castles, warriors, prince and princess which we see in Rajasthan and Rajasthan is known and famous for all these.

We wish good luck for the new season of Splitsvilla.

hjp180785 7 years ago Being most beautiful & hottest property in d bollywood Katrina deserves no 1 spot.
Though for me Priyanka is most talented & extremely beautiful actress !!

+ 2
9 years ago hah! this article simply proves my point about the growing fans of Katrina!! Love you girl!

My top 3 sexy girls are: Katrina, Priyanka and Sonam!

My top favorite actress is of course Priyanka Chopra

+ 2
9 years ago Love MOST of them,and I thik that Katrina DESERVES this,you show them girl!!

9 years ago Aish, PC n Kangana are the top position contendors... N here Kangana is no where while Aish n PC ranked below Katrina (YucK)... Indian AMgazine suck for the TIME which ranks Aish to be the most beautiful time n again... :P

9 years ago What makes someone HOT AND SEXY is their face, figure, confidence and talent and .. Priyanka is all that #1.. Katrina is only a pretty face, can't act... where is Kareena? She is the ultimate..

+ 5
9 years ago I agree, Priyanka is the hottest I think! She rocks!

9 years ago Deepika should be 3rd...
and i believe Kareena should be counted in the list too...

+ 4
9 years ago priyanka is the hotest yaar kat is just beautiful cant even act !