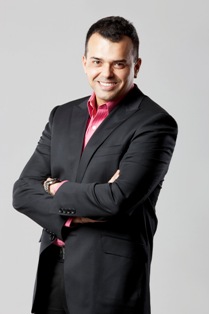 Balika Vadhu which has completed 5 years and more is the story of the child bride Anandi who is a fighter for justice and for all the right causes. The latest issue that she will be seen handling is adoption.
Prashant Bhatt, Fiction Head at Colors spoke to TellyBuzz about the new development in the show.
Balika Vadhu comes up with a social issue once again...
Balika Vadhu has completed 5 years and we have been able to strike a balance between entertainment and educating people. We had started with child marriage and the show is in a comfortable zone right now so we wanted to address another issue, which is adoption.
The mindset of the people in India is that if it is a healthy couple who cannot conceive only then they will go in for an adoption. We wanted to try and shed some light on the topic which is still sort of taboo in India. And we at Colors are lucky that we have a platform in the form of Balika Vadhu to address such issues. We can voice our opinion pretty seriously through Anandi, Dadisa, Shiv, etc.
Is it difficult to weave such issues into the running storyline?
It was quite easy to weave this topic in the story. Anandi in Balika Vadhu has earlier taken up the cause of education of the girl child, superstition, etc., and a chance visit to the orphanage makes her realize the pain of the children there. She feels that every child deserves a better upbringing and if she herself can give one child a good family by adopting it, it will make a big difference to the child.
Adoption is not easily accepted in India, especially in the interiors... what do you expect will be the audience reaction?
Every action and issue has its pros and cons which is something that we expect here too. We are expecting extreme reactions for this act and while some might say it is good and kisiki zindagi sawar jaayegi, there might be some who will be skeptical and say why is the couple doing this? And these queries is something that Anandi will be answering through the show.
Do you ever showcase a social cause on a daily soap for TRPs?
To be honest, at the end of the day it does affect the TRPs. If we can achieve good storytelling along with creating awareness in a popular daily soap then why not? It is double advantage for us too since we gain more eyeballs and people too connect with the issue. In the course of things if the audience likes it then it will automatically reflect on the TRPs. We also feel socially responsible and feel that whenever we take up these social issues they should make an impact on the society. If that does happen and even if one person changes his thinking due to this then we think we were able to make a difference. 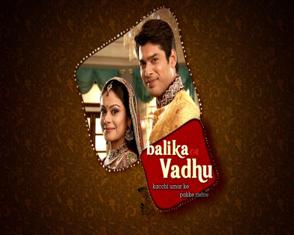 Is there a record of how depicting social issues help change the mindset of the target audience?
Yes, time and again we do research to find out as to how we have made an impact. We have study groups which conduct research during which they interact with the audience and get response from them. During one such research we found out about a girl from Jaipur who was a victim of child marriage and who got inspired by Anandi's story and was able to bring a change in her life as well.
And do you try to bring in changes as per the audience response?
We all the time get response from people who watch the show, write to us, we have a website where they can post comments and then we check sites like India Forums where we can read and know more about the audience reactions. It is through such sites that we find out why something was not liked and then try incorporate those thoughts without changing the entire story. As and when the story permits and as long as we can depict it in a logical way in the course of story-telling we will continue to do so by coming up with more such social issues in Balika Vadhu.
Seema Khot Mattoo
0 Likes

Suku70 6 years ago Hi, Siddharth Shukla and Toral Rasputra. Both of you are doing good job in BV. Good luck.

Meru. 6 years ago Hi, Siddharth Shukla and Toral Rasputra, good morning. Both of you are doing good job in BV.

Mukesh74 6 years ago Hi, Siddharth Shukla and Toral Rasputra, Both of you are doing good job in BV. Keep it up.

Muku74 6 years ago Hello, Siddharth Shukla and Toral Rasputra, Both of you are looking super in BV nowadays.

Chandrani- 6 years ago Hello, Siddharth Shukla and Toral Rasputra, good morning. Both of you are doing great job as Ansh in BV.

Meru. 6 years ago Hi, Siddharth Shukla and Toral Rasputra, good afternoon. Both of you are doing great job in BV. Love you ansh.

Muku74 6 years ago Siddharth Shukla and Toral Rasputra, good morning.Liked both of your acting and expressions in BV.

Chandrani- 6 years ago Love you Siddharth Shukla and Toral Rasputra. Both of you are doing great job as Ansh.

Ummas 6 years ago Hello, Siddharth Shukla and Toral Rasputra. Liked both of your overall performance in BV today.

Suku70 6 years ago Hi, Siddharth Shukla and Toral Rasputra, good after noon. Love you both as Shiv and anandi.

Sushant’s sister Shweta Singh Kriti shares a video of a fan ...
7 minutes ago

Parth Samthaan: Kasautii Zindagii Kay has shaped me as an ...
43 minutes ago

Saying Goodbye To 'Keeping Up With the Kardarshians' - ...
14 hours ago
View More
TOP