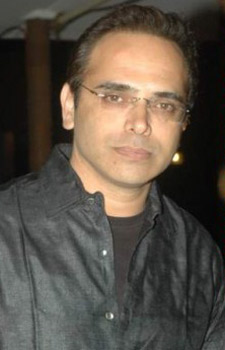 The 'creatively bankrupt TV scenario' has driven Harsh Chhaya, an actor with over 20 years' experience, into re-exploring his love for scriptwriting and the aspiration to direct. To this extent, his endeavor is that fresh storytelling, often slated as 'the other cinema', takes center stage in film dom.

"I would say I am now giving serious attention to writing. I did write on and off even earlier," Harsh told in an email interview.

He emerged successful at a time when satellite television was at the nascent stage but had qualitative and mature content to offer shows like Tara and Hasratein in the 1990s. Now, he says he is better off away from TV, unless of course it comes down to my very survival, and so is giving serious attention to writing.

What's come as a bonus is a chance to get guidance in professional screenwriting under eminent filmmakers and writers as part of the second edition of Asia Society India Centre's New Voices Fellowship for Screenwriters (NVFS) 2013-2014.

He's the only celebrity among seven independent screenwriters who have been chosen for the programme, which identifies, encourages and supports such talent to develop their feature film scripts.

This is not his first brush with writing - a little over 25 years ago, he first attempted to write fiction scripts inspired by popular serial Malgudi Days. That apart, he also wrote corporate film scripts to earn extra money as a student while pursuing his master of arts degree in Mass Communication from Jamia Millia Islamia.

He however admits: "I was far more drawn into acting then to think of seriously pursuing writing. Not that I mean to cry about my woes here, but of late, the absolute frustration of being an actor in the now creatively bankrupt television scenario drove me to writing once again because as an actor, I feel my motivation and excitement can only come from the written word that comes in front of me."

So far he has penned two scripts. Apart from Dulhan 420, which he submitted for the NVSF, he has another story, the final script of which is ready. However, the stumbling blocks come in the form of 'finding funds' and in being able to tell any 'human story' without always conforming to stereotypes. 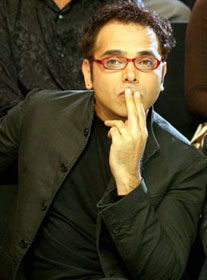 In fact, finding funds for his project is a challenge he has already faced.

"I wrote 'Dulhan 420' as a reaction to not getting money for my previous script. It's a different matter that I was fortunate that despite putting in what I believed to be popular elements, I still could manage to write a story that has a strong human element and a certain gravity to it. In fact, that is what I would endeavor for, if and when I ever get to direct even a so-called commercial potboiler," he said.

Harsh, whose roles in films like Corporate, Bheja Fry, Mithya, Fashion and Jolly LLB are also reflective of his unique taste of content, hopes that "fresh storytelling" gets a deeper meaning in the industry.

"Fresh storytelling is still at a very nascent stage here and mostly I would say sidelined as the other cinema. I hope to see it take the centre stage. I'm not sure how I would define the freshness that I aspire to bring, but as of now, I feel that anything that is not star-driven with item numbers, cars blowing off all around, the bad men flying by the mere touch of the hero, remakes of old films or regional films, would qualify as fresh."

Tajmahal1 6 years ago Yes.it's sad state of mind.People are in a phase of denying the facts of life. That's why these tv shows are reflecting fake stuff.

Now days dramas on TV is really disgusting. There are large number of books available in India in various languages, still we have bankrupted in ideas. There is no will to find a way.

Don't say this is all on PUBLIC DEMAND. Public don't want this craps.

spsharmila 6 years ago Wonderful interview by Harsh Chhaya... I completely agree with his views..as a viewer I am also not satisfied with most of the tv shows ..most of them loose their plot after couple of months after they start.