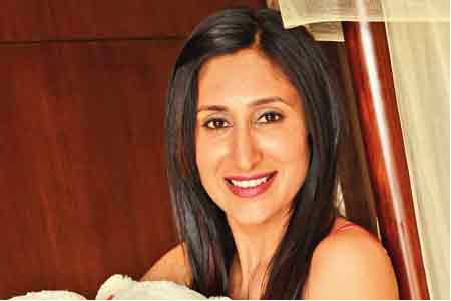 Actress-video jockey Teejay Sidhu believes that the Indian small screen has moved away from kitchen politics, and that it has opened doors for a variety of shows. In fact, she says, its content has become more real now.

"Television has changed a lot. It has become more real. The kind of shows we see these days are completely different from what was shown a few years back," Teejay told in a telephonic interview from Mumbai.

"These shows have more to do with our daily lives. Moreover, there are so many reality shows that have come up of late that it can be as real as it can be," she added.

The actress, who moved from Vancouver to Mumbai in 2002, has featured in Punjabi movies like Tera Mera Ki Rishta and Love Yoou Soniye.

She will next be seen in the fifth season of action-adventure show Khatron Ke Khiladi Darr ka Blockbuster, where she will be competing against her actor husband Karanvir Bohra.

Teejay says she accepted the show because it will be 'challenging yet fun', and also because of director Rohit Shetty, who will be hosting it.

"I accepted the show because it is very challenging. I have seen the previous seasons and I found it to be fun. There are so many stunts to perform. And (I accepted it) also because Rohit Shetty will be hosting it. I just can't imagine the level of action in it," she said.

"I have a fear of dogs, and I don't know how I will overcome that. Hopefully there is nothing related to dogs in the show."

"I was once attacked by a Rottweiler and it bit me in my face. So, I don't know how I am going to face a task with dogs in it. Even if I have to go to meet some friends, I tell them I am allergic to dogs and they tie them away. But in the show I will not have an option," she said.

There's another fear she has - she is scared of clowns!

But she is confident there won't be a task related to clowns on the show.

"I am terrified of the happy and sad faces they make. This is since my childhood. But I am sure that I won't have to face it on the show," she said.

pooja_shineStar 6 years ago even i am afraid of.clowns!!
they look sooo scary!

'Billions' Renewed For Season 6
8 minutes ago

Sneha Jain of 'Saath Nibhana Saathiya 2' Sacrifices Her ...
25 minutes ago