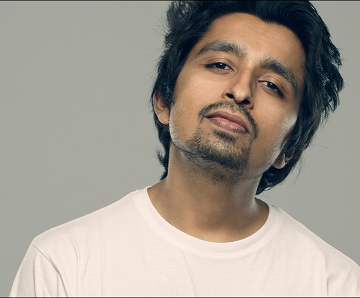 Newcomer Siddharth Chandra is currently essaying the character of Rahul Mehra in Sony TV's popular show Yudh. He started his acting career with TV commercials and after struggling in the industry he finally bagged a crucial role in Television's biggest fiction show Yudh which is also a debut fiction show of the legendary actor Amitabh Bachchan.

We got in touch with Siddharth Chandra to more about his debut in television and more...

Talking about his early days, Siddharth says, "I have pursued Mass Communication from Somaiya College. Education is something which got me to Mumbai from Delhi as I wanted to do my Masters and pursue Electronic journalism but while doing my internship, the acting bug struck me and I realized I can't do anything but act and that's the line I want to get into."

Siddharth shares his experience when he bagged his first commercial, "After struggling while giving the auditions for almost six months I bagged my first commercial for a cricket CD ad - Nisa with Rahul Dravid that boosted my morale to try harder and within a year and a half I landed up doing 15+ commercials for brands like Tata Docomo, Rotomac Pen, Ponds,Llyod TVC, UTV B for a change, EGE educational etc."

He further adds, "The best and the most famous commercial was Tata Docomo solo soccer advertisement which was a rage in the market because of its concept. Few makers then spotted me in the ad and finalized me as an ad model. Later on as I could only see ads happening and nothing else happening for me, I took a break of almost two years from acting where I saw a lot of movies did a lot of jamming sessions with my music partner Reeky Deb (music arranger in Bollywood) and not many would know that I have sung a couple of songs for some Bollywood movies with singers like Bombay Vikings, Kunal Ganjawala etc. as a freestyle rapper but that's when I again realized that I am happy being in front of the camera and I should be doing that only."

When we asked Siddharth that how he thought of getting into acting and how did he bag the role of Rahul Mehra in Yudh? The elated actor avers, "There was always an instinct in me to do something in life, make a name for myself to be known as Siddharth Chandra so I used to watch a lot of shows on MTV India and Channel V. While most of the people idolize Shah Rukh Khan or Amitabh Bachchan for me it was Nikhil Chinappa or Cyrus Broacha as VJs."

Siddharth states that he always had the fascination of TV and realized that he likes being in front of camera, "I always wanted to get into TV to become an anchor and that is the reason I did my Mass Communication. But soon after completing it I realized I like being in front of the camera now be it anchoring or acting. It's almost the same and that's how the journey in acting began."

"Finally I gave myself sometime to check my skills in acting and started giving auditions again. On the 23rd day of the same month I landed up doing this project after rigorous rounds of auditions and that's how the journey started.  I'm working in the biggest TV series in the history of Indian television with the likes of Amitabh Bachchan, Nawazuddin Siddiqui, Tigmanshu Dhulia, Kay Kay Menon and others who are playing a strong role in the show," he ends

TellyBuzz wishes Siddharth Chandra all the best for his future endeavors!