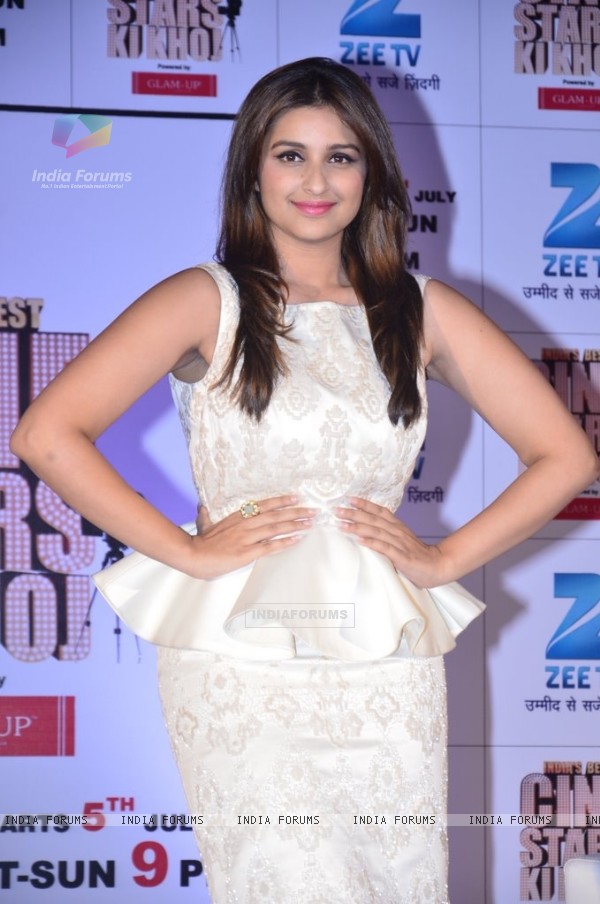 Bollywood's popular actress Parineeti Chopra has won millions of hearts with her acting talent and her phenomenal looks. This pretty actress will be soon seen on Television with a popular talent hunt show India's Best Cine Stars Ki Khoj. This is her debut show on Television where she will be seen as a mentor for two episodes.

Here is Parineeti sharing her experience being a part of television and more...

When asked Parineeti about her experience of being a judge for India's Best Cine Stars Ki Khoj she says, "They are calling me as a judge but I don't think anything as such. I have just come on the show for two episodes not as a judge but as a friend. I wished that they get 3-4 films after the show gets over and I hope somebody or few amongst the contestants get into films and do very well in their life. I will try just to be nice on the show because we told Victor (Vijay Krishna Acharya) sir to be the bad one (laughs)."

So according to Parineeti what are the rules which one must inculcate in them to become an actor for which she replied, "Today when I look at myself I feel that instead of studying finance and banking for so many years, I should have studied about films. But as I have become an actor I have realized that there is no rule to become an actor. You can be a VJ and become an actor, you may be a singer but still you can become an actor. So I don't think that there is any rule book. As I have already shot for the episode, I can see that people have come from various fields to give auditions, there was a scooter mechanic, there are students, teacher, mother who recently delivered a child, robotic professor and there was no difference in their acting. There work didn't reflect in their acting skills at all."

As a mentor, what advice has she given to the contestants? Parineeti says, "From the first day of the episode I have told the contestants that I will just guide them but the main decision will be taken by the senior judges Sonali Bendre and Victor sir. I was more into giving suggestions based on my personal experience ki agar aap set par aisa karoge toh kya hoga and my advice was depending on the talent of the contestant, like if the contestant comes and is overall good then I would say 'OK' stick to this, and utilize your time for it but you don't have to run after it, that's what I did in my life. And if me and the judges see that you do not have a future in films then please do not leave your current jobs aur ghar chodkar mat aa jana. So we were giving very real suggestions. I cannot teach them as I am not that much experienced, but I can give them examples what actually happened on the set just like two friends are on the sets. I think it really helped them because they didn't know that how a scene is shot on the sets. We think ki jaisa stage par karte hai waise hi set par hota hai but it is very different. There are 100 takes; you need to catch light and many more which one cannot experience on the stage."

We wish Parineeti all the best for being the mentor on India's Best Cine Stars Ki Khoj!