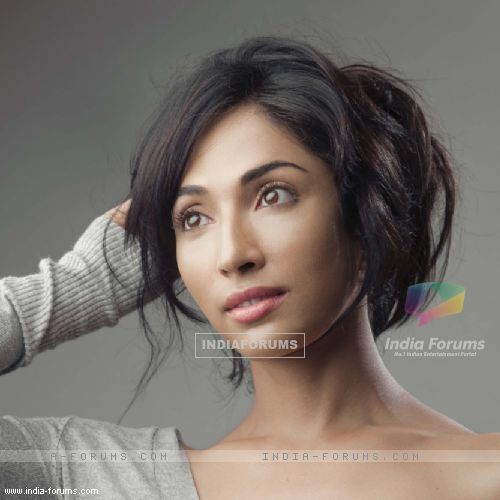 Talented Mouli Ganguly who was last seen in Sony TV's Kya Huaa Tera Vaada has gained immense popularity through her character and has also received accolades for her performances in various shows too. The pretty actress who started her career with Kahin Kisi Roz and rose to fame thereafter is all set to shine on the big screen.

Yes the actress will be seen donning a cop's hat in the film titled as Ishq Malange.

Mouli Ganguly is all set for the release of her next Bollywood movie titled as Ishq Malange. She will be sharing screen space with Rahul Bagga of Luv Shuv Tey Chicken Khurana fame and Pankaj Tripathi known for villainous roles. He was also seen in the critically acclaimed movie Gangs of Wasseypur.

TellyBuzz contacted Mouli Ganguly to know more about her role in the film.

She further adds, â€œThere is an action sequence in the film for which I had to perform stunts. Since the blasts and gun shots causes lot of noise, I had difficulty to cope up with that sound. But thanks to the technology booming these days as the problem of sound and blast is no more becoming a worry for me as the team decided to add the sound and post it later."

So how was Mouliâ€™s experience while shooting for the film and she says, "I am playing an aggressive role for the first time so it was quite different and challenging for me. I have never played such a violent role before so I got to learn and experience altogether new things. We are half way through the film and my most of the scenes are with Pankaj Tripathi who will be seen as the villain in the movie. I am enjoying and having lots of fun while shooting for this film."

When asked about her future plans, Mouli says, "I am waiting for an interesting project to come my way as I will only do such shows which has something new for me to offer to the audiencesâ€™. I don't want to repeat my roles which become typecast. I am open to good work and shows with interesting subject and also to act in plays. I am looking forward for some variations in my characters.â€

+ 4
6 years ago Best of luck to Mouli.. i liked her in da movie "Rain coat" nd loved her in Kahiin Kissi roz serial.. wish her all da best 4 her future projects..:)