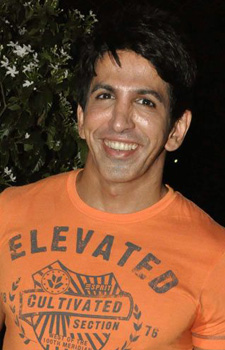 Vishal Kotian who is currently seen in Akbar Birbal on Big Magic is finally set to produce a show on SAB TV.

While th decision of producing a show was taken last year itself, so we got in touch with the actor to know about why was it delayed and what was the constraint to make the show go on air and more.

Vishal says that the channel and his team is waiting for the Indian league to get over after which the final decision will be taken, "Yes we were in talks since long. I am still talking about this project with SAB TV and we are waiting for the IPL to get over. I've not yet started the shoot as the channel has to zero down on star cast so that will happen only after 25th  May. For me doing this show is like homecoming."

Elaborating on the story line, the actor says, "As its going to be on SAB TV, the genre will definitely be comedy. To be more precise my show will be similar to the show where I started as an actor i.e. Family No.1.  It's called Tedhe Medhe Hain Par Tere Mere Hain and is a family drama."

Talking about the concept of the show Vishal says the show will highlight an issue which is tackled by parents and the kids. Being a generation gap between the two, it will be interesting to watch the way they tackle the issue, "It features the generation gap between the kids and the parents and how they tackle the issues is what we are going to portray. Of course it would be in a funny way only and I hope that the audience will like it too."

So will the viewers see Vishal acting in the show? He says, "Actually I wanted to do that but then Akbar Birbal came my way. Initially I was skeptical about taking this show but now I won't act in my show as I'm shooting for Big Magic's Akbar Birbal for 24 to 25 days. I'm happy to play the role of Birbal and enjoying myself. There are very few actors who get to do two things together which is acting and producing."

Coming to his show Akbar Birbal, he says the show though was difficult in terms of its genre but however, has been getting good response, "Initially it was a difficult for all of us to do a historical comedy which has not been done on television. Once we got into the flow, we started enjoying it. It's been a month since the show went on air and we had been getting good response,"

We wish Vishal good luck for his new show as a producer.

Shreyacool 9 years ago I love Saibo its beautiful song, it should be no.1 but yaah I even love Character Dheela:)

shahidzlover 9 years ago character dheela... best song... and deserves to be #1

noseasync 9 years ago my favourite is tum ho mera pyar...it should be on no.1
N saibo is good too