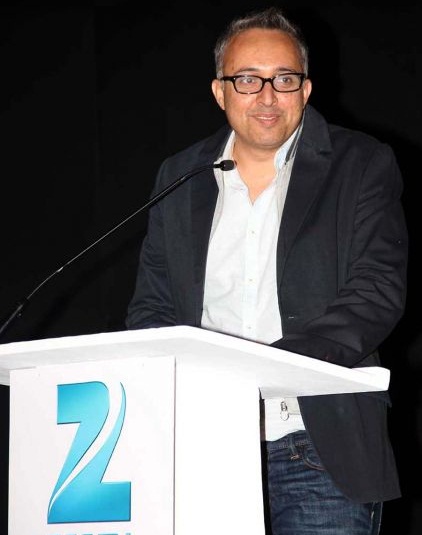 Â While not only India's Best Cine Stars Ki Khoj has been giving a platform to the contestants but other shows like Dance India Dance, Sa Re Ga Ma Pa too have enriched the lives of the talented people. This season people will witness popular actors Ayushmann Khurrana and Parineeti Chopra as a mentor for two episodes and rest the judges are Sonali Bendre and Dhoom 3 director Vijay Krishna Acharya.

We got in touch with Namit Sharma the programming head of Zee TV where he shared the motive behind the shows and about the channel.

Namit said, "As you all are aware that Zee TV has been in the forefront of finding, discovering, presenting new talent for the last two decades to the Indian Entertainment industry we got success with Sa Re Ga Ma Pa, then we got success with DID. We have seen few seasons of Cinestar Ki Khoj as well and now again we are back after 8 year gap with an acting talent show. We are very excited about doing this because it allows us to develop and deliver acting talent at a time where Bollywood is ready to accept new and unconventional faces, different types of talent and produce new phenomenal script with them and which is why we are excited to do the show."

Namit Sharma made people understand the meaning of the reality shows as he said that the term has been named by theÂ  Media, "Reality show is the term which is normally used by the media people not by the makers because we makers always call these shows as non-fiction shows. They are actually talent hunt. So we don't call them reality shows it is the term named by the media and it is probably percolated down by the audiences. The theme in the sense is that the reality shows represents reality none of these are engineered nor these are scripted or directed, so these are unscripted shows if one can define them further."

What is the motive of the show? Namit said, "The motive of the show is to bring out the talent from the people and hopefully to make them Cine Stars and talent doesn't have specific face or shape. It comes in many shapes and various size like retail sectors, you know what is conventional, non-convectional which you can change every day. So 10 years ago what was not acceptable to a talent show is loved and appreciated by the film industry today and by the audience. And therefore it's important to see from the show's point of view because we are here to appreciate and celebrate what every type of acting talent is available in the country right now, and shape it to give them a certain future. That's the job of the show."

He further added, "Let me tell you that the entire batch of 2004 all the top ten winners have been absorbed on Television, Regional films and more because at that time Bollywood was not opened its stores for the new faces. With the way it is opened today, so there was a very good talent pool available because they grew well and lot of the leading television actors and many regional films stars have actually come from the first season of Cine Stars Ki Khoj in 2004."

TellyBuzz wishes all the best to the upcoming season of India's Best Cinestars Ki Khoj.

kashi10 6 years ago Wowww I loved u after leap u looking gorgeous Ankita ...

cooks09 9 years ago just can not understand about katriena getting such good roles... she is just beautiful face , other than that she can not deliver anything .. can not speak nor act... anushka is so talented , i hope she has better role !!!