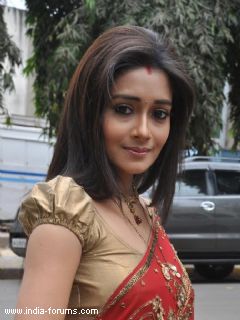 With the growing popularity, our Telly celebs have to come across many rumors. Our Wednesday column focuses celebs who have heard some of the craziest rumors against themselves and their reaction on the rumors. This week we got in touch with Tina Dutta who is portraying Meethi in Colors' popular show Uttaran.

Here's Tina sharing her reaction towards the craziest rumor she has heard about herself.

Tina feels that these rumors at times are bit annoying as they are false but owing to which she has also gone through a tough phase in her life as she shares , "The craziest rumor I have ever heard about myself was that I am married. I was quite annoyed at first but later on I learnt that being a celebrity all these things are very common so I just started ignoring them. My family members were extremely upset because I am from Kolkata, my parents are very protective, so I went through some tough time but later everything was okay.

She further adds, "I would first like to understand what psychic phase is that person going through in life and then will take him or her to a psychiatrist so he's checked properly."

When asked Tina as what advice she would like to give to other celebs who come across such rumors day by day, she says, "Any news is a good news but if there is anything which is not true, just ignore it and move ahead."

So, what does Tina do when she looks back to the rumor? "I just ignore the rumor," says Tina.

tinafans 6 years ago its ok tina...we ur fans knows the reality u had cleared this rumour a long back...plz come in anew show god bless u

loveyouichcha 6 years ago Loving my tina soo much. U'r such an amazing actress

Anupamaa: Paritosh and Kinjal exchange rings but who is the ...
46 minutes ago