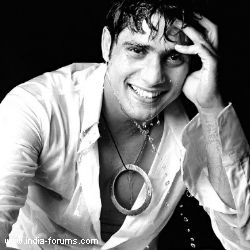 Actor Vishal Singh who started acting at an young age in the popular series Dekh Bhai Dekh was last seen playing the role of a father in Sony TV's popular show Parvarrish - Kuchh Khattee Kuchh Meethi. While he has always been liked by the audience for portraying variety of roles, this actor was quite pleased with his role of Jeet in Parvarish.

Vishal who essayed the role efficiently was shown to be a doting father says that the concept of the show appealed to him. He avers, "The show had a very causal concept but it showcased the reality of families who experience various problems in their life. The show itself started with the story of protecting our children when they step into the outside world and also shed some light on the parents outlook and fears that they have in mind related to their children."

As it has been observed these days on TV, shows are coming up with new seasons, so when we asked Vishal whether would he like to act if ever a second season of Dekh Bhai Dekh comes up, he says, "I would love to, but bringing back all the same cast is difficult now. It's been more than 20 years that the show went on air and was quite liked by the audience."

Now since Vishal is enjoying his break we asked him if at all he has any plans of returning to TV and he says, "Yes, of course! I have one project in the pipeline but I cannot speak anything about it as I have signed a non-disclosure agreement, but I will be back on TV soon."

When we asked Vishal whether his next project would be on TV or is it a film, the actors simply says, "TV is my forte and I will work in TV as I am quite comfortable with the medium."

In the meantime, Vishal is a bit intrigued with the fact that people are often mistaken and call up Vishal to know something interesting from him thinking that he is the other Vishal Singh the actor who plays Jigar in Saath Nibhana Saathiya. Reacting to this Vishal laughingly points out, "I think people should save my number and write Dekh Bhai Dekh ahead of my number. It creates a lot of confusion and then eventually I tell them about myself and that I am not about the other Vishal Singh."

We like your spirit Vishal and hope to see you soon on TV!

mianasad6 6 years ago Vishal Singhh said television is my forte and he feels comfortable ...