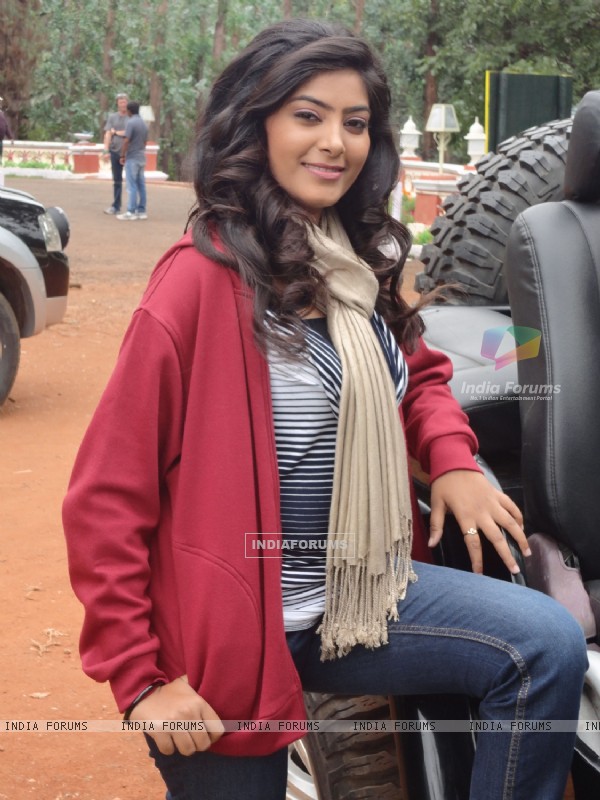 The bubbly actor Rajshri Rani Pandey who made her debut to daily soaps with Star Plus' Suhani Si Ek Ladki is with TellyBuzz today speaking about the character she is portraying, her bonding with her co-actors and also about her journey.

How did Suhani Si Ek Ladki happen to you?

I got a call for an audition from the production house. So I went and gave an audition. After a few days I again got a call and they asked me to give an audition all over again. This happened thrice till I bagged the role of Suhani. I gave a look test and then shot for the pilot of the show. After all of this happened, I just waited and prayed that I get finalized for the role.

How was your entry in this glamorous world of media?

I think my entry in the media is all by the grace of God. He has only done everything for me. Me getting into media and indulging into daily shows was not pre-planned. Yes, but as a child I always dreamed of becoming an actress. Before Suhani Si Ek Ladki, I have also done two episodes for Life OK's Savdhaan India - India Fights Back.

You have done an episodic before taking up a daily soap. How was the change like?

For an episodic, it is little simple. You work for two days, maximum three days for an episodic. You work, you shoot and then you are out. But that is not the case with daily shows. Now that I am doing a daily soap, I spend most of the time on sets. Set becomes like our home. Till late evenings and middle of the nights we are busy shooting. When you are doing a daily soap your bonding with the on-screen family also becomes very good which does not happen while you are doing an episodic.

How is your bonding with Soumya (Neha Yadav) and Yuvraj (Sahil Mehta)?

My chemistry with Neha and Sahil is just like it is seen on screen. Over the period of time Neha and I have bonded really well and we have become like best friends now. With Sahil, it is somewhat similar to what is seen on screen. Hamari choti moti nokh jhok toh hoti rehti hain...lekin sab hasi mazaak me hota hain! Actually before we started shooting for the show, we were told to attend a workshop for 10-15 days and that too for some good seven to eight hours. So we started bonding with each other since then.

What are you expecting from your show? Do you think getting a 6:30 time slot is a drawback for the show?

I just hope that our show becomes a super hit and everybody watch our show. Initially when I was told that the show will get 6:30 time slot, I also wondered that how will a show at this time do well? Because all of us put in a lot of hard work in making each episode. But when the show went on air and I started receiving reviews and feedback, I got to know that there are people who watch the show at this time and are also complimenting me.

How is Rajshri in real and what does she like the most?

I love listening to old songs, dancing and I also love traveling a lot. Since I love traveling, I have done my Bachelors in tourism only. Besides when I am on sets, I read Hindi books which have a lot of Urdu in it. It helps me make improve my diction. Suhani is very much similar to Rajshri. Rajshri is very simple, calm and also bindass. Like Suhani, even Rajshri is not afraid of anything.

Well Rajshri, TellyBuzz wishes you all the good luck for your future!

rishani77 6 years ago Thanks 4 the interview, plz wanna c an interview with Rajshri Rani Pandey, Sahil Mehta & Neha Yadav. I really like this show, all the 3 characters r really nice & Yuvani r so cute!