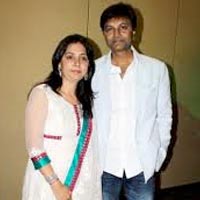 A show which aims to spread goodness all around, Ek Nayi Pehchaan will see the saas-bahu not in warring roles but as characters who are very much in love with each other and draw inspiration from each other's strengths. Producer Kinnari Mehta who feels that the subject is very close to her real life experiences talks to TellyBuzz about how diverse it is from other shows on air today.

How did Ek Nayi Pehchaan happen?
As a production house we try to present new things which is a challenge after producing 14 shows. I had this concept in mind for the past 2 years and when we were ideating with the Sony team they too were so excited since they thought that Sharda (Poonam Dhillon) was very much a Sony woman. She is somebody who aspires and wants to be someone in her life and she becomes a fashion designer. They thought this is so progressive and related to women shown on Sony.
Tell us about the concept of Ek Nayi Pehchaan.
It is the simple story of a beautiful bond between two women where the daughter-in-law encourages her mother-in-law to go in for higher education and in turn the mother-in-law teaches her how to be a good human being. So the show is all about how they complement each other. Every other saas-bahu saga is about women bickering and fighting with each together. It is for the first time from our end to show that if they complement each other and get along then life can be so beautiful for the entire family. So apart from the message of education we are giving this core message that get along with your mother-in-law or daughter-in-law and make life happier for each other and all around.
Is it derived from your experience in real life?
Yes, I personally relate to the concept. In my real life too I get along so well with my mother-in-law that I find life is so much more happier for me, my husband and all in the family. So I think every household should relate to this show.
It is also said that the show is inspired from Sridevi's hit film English Vinglish?
No, the show is totally inspired and adapted from the Gujrati play titled Sharda' written by noted writer Varsha Adalja and not by English Vinglish! It is similar in thought and only the part where she goes to learn and educate herself is similar but here Sharda is not learning English but she wants to complete her graduation. That leads to an overall change of character during the process.
How are you planning to take the thought of the play further?
Unfortunately, I have not seen the play and just heard about it which was enough for me to like it. Also there is no book or short story or a DVD of the play and it is just a 2 hours play about Sharda. Since we had to make it into a daily soap format my writers and the creative team developed the daughter-in-law's track and the other tracks so we get a younger girl's point of view about finding love after marriage because she finds herself in a loveless marriage. Arranged marriage don't happen with love so how she discovers love and happiness after marriage and how her mother-in-law guides her through her journey is the story.
Since the show focuses on two leading ladies will it not lead to a tussle between giving importance to the characters?
No, since we see it as a love story between them so both the characters will get equal importance. Also we get to show the younger and senior perspective together in the same show plus Sony also has a good male viewership so we plan to catch as many eyeballs as we can. 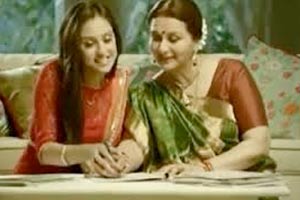 And how did you zero in on both the actresses?
Krystle Dsouza was undoubtedly my first choice whereas for Shrada we were thinking of many actresses. I wanted a funky girl who didn't look like a bechari in the face of it and also knew her mind. As for Poonamji, we cannot get a prettier face than her and the image that she has of a simple woman and simple lady is to the character's advantage. We had a good rapport with her so it worked since she has acted in one of our film's too. She has returned to TV in a show after 14 years and to convince her was not a task at all for us. It is an author backed role and there were many senior actresses who were trying to get in touch with me since they wanted to do it.
Most popular shows on Indian TV today have high rated drama, and amidst this how will you keep the interest of the viewers with the positivity shown in Ek Nayi Pehchaan?
At the moment we have a one year contract with the channel and I think we will survive. Any good story even if it is a saas bhau saga has no limit as it is about relations and rishton ki kahani and rishtey ke daayre mein innumberable kahaniyan bana sakte hain.
However, it will be a big challenge to keep the show going and thus we definitely want to run away from the cliches. We are confident that we won't fall into the trap. Our USP is the positivity between the mother-in-law and daughter-in-law. I believe that people want to see goodness too like in Bade Acche Lagte Hain people wanted to see the romance between Ram (Ram Kapoor) & Priya (Saakshi Tanwar) and wanted them to come together. So if viewers want to see Poonam & Krystle together they will watch it. Even if it's kitchen scene between them and it goes on for an entire episode it will be interesting since Sharda jo cheezen bolti hain they are good to listen to. Poonamji with her persona can create magic and I think if we are able to crack that magic we well be able to attract and keep the audience glued.
Seema Khot Mattoo
0 Likes

shree14 6 years ago awesome show really love to max...
Every episode's we are learning good values...
Keep rocking for more then a year's
All my familyl love Enp!!!!!!

spsharmila 6 years ago I am loving this show...Krystle Dsouza and Poonam Dhillon share a good chemistry :-)

Tacker_Holic 6 years ago The first episode was superb! Loved Poonam Dhillon's entry! Along with the appealing storyline watching the show for one of my favourite actresses Krystle D'Souza! A promising start hope it continues in this trend!

preetivr 6 years ago the first episode was definitely worth the wait. well written and directed. poonam jis character and potrayal is promising to hold attention. krystle dsouza as sakshi is too adorable. all actors seem to be great choices . every character has something to tell . poonam ji ad krystles chemistry already making its mark.
hope the show does awesome.

all the best krystle dsouza, poonam ji and entire team

-bonbon- 6 years ago Love you Krystle Dsouza! Wishing you the best of luck for the show

No Bail for Rhea Chakraborty and Showik Chakraborty? Bombay ...
16 minutes ago

Arjun Bijlani and Reem Shaikh in Ishq Tanha is a soulful ...
34 minutes ago

Devoleena Bhattacharjee thanks Sunil Grover for giving new ...
57 minutes ago