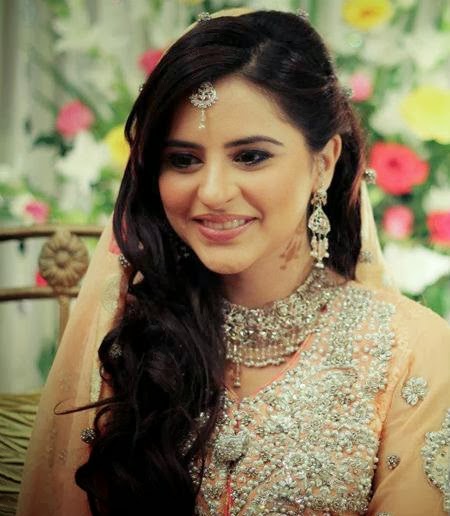 She is a fan of "mind blowing" Bollywood cinema, but at the same time Pakistani actress Fatima Effendi takes pride in saying that TV shows produced in her homeland are not just high on content, but also realistic in approach.

Fatima is currently wowing Indian audiences in the lead role of Khushi in "Kaash Main Teri Beti Na Hoti", which was one of the inaugural shows of channel Zindagi - Jodey Dilon Ko, a first-of-its-kind initiative that has brought a bouquet of Pakistani shows for the Indian viewers.

"I was expecting the positive response as far as quality of work is concerned and the feedback that I have got from the Indian audience has been overwhelming," Fatima said when asked about the response to the show.

"Indian films are mind blowing, but TV dramas are elongated and not reality based. So, I was confident that people will like it, but didn't expect this kind of response."

"Our shows are based on reality and they are not just about one section of people. Our shows are about poor, middle-class and elite... everyone," the actress-fashion designer told from Karachi.

The shows have successfully shattered a lot of myths and misconceptions about our neighboring nation and Fatima said: "There has been a hate relationship between the two countries, but when I went to the fan site of the show, I was surprised to see the comments and I am glad that people are being expressive."

"Our cultures are almost same, our food, attires are the same, except for the religion...Media shows a darker side of Pakistan, but we are also normal people and have a normal lifestyle like people in any other country. I am glad people are getting to know Pakistan," she added.

Recalling a pleasant encounter with Indian fans in Thailand, Fatima said: "When I went to Bangkok to shoot, I met Indians and I established a good relationship with them and they were like, 'Don't you wear burkha?' And I told them it's not like that."

"Kaash Main Teri Beti Na Hoti" was Fatima's first big break and while shooting for the social drama, she was also pursuing her fashion-designing course.

"I had done telefilms, shows and commercials, but my big break was 'Kaash Main Teri Beti Na Hoti' and after the show, I got married, then had a child and then I was on baby break," said Fatima, who is married to Kanwar Arsalan, who too features in the show.

"I met my husband on the sets of 'Larkiyan Muhally Ki' and we became friends and then we got married," said the actress. The couple has a son.

Such an emotional show !!!!

mmuntaha 6 years ago I totally Agree with you Fatima and Your show, i have watched, it is awesome, lOVed it!