View Profile
Although not box-office hits, "Excuse Me" and "Style" left most in the audience and in Bollywood impressed with Sahil Khan's physique. After staying away from tinsel town for almost two years, the actor is finally ready 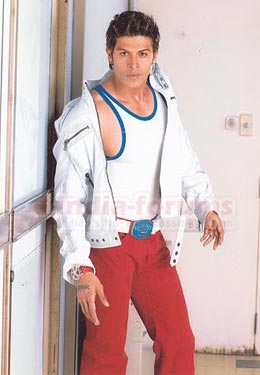 to make a fresh start.

When asked about the reason for the break from acting, Sahil replied with modesty: "I don't want to say that I was away because I wasn't getting proper offers. I know there are other actors who are better than me in acting skills. I was away because of my much-hyped personal problems. I was out of the country for almost two years, so I have lost all contacts in the industry. Actually, I wasn't around at the right place at the right time."

The only venture Sahil is looking forward to right now is "Fauj Main Mauj", starring biggies like Mallika Sherawat, Paresh Rawal and Rajpal Yadav. Inspired by "Private Benjamin", almost 50 per cent of the scenes in the two films are the same. The movie got delayed for almost a year due to weather and date problems. Yet, such is the timing of the film's release that Sahil calls it a "perfect comeback vehicle".

Then there are other reasons too for which the actor holds the film very dear. Most of the shooting was done in Cochin, and since the director and the production team are associated with Priyadarshan, Sahil got to gorge on authentic Southie food on the sets. Coming back to work, sharing screen space with veterans was also a learning experience. "There was a bit of pressure as well, because Mallika and the rest used to give their shots in a single take. So I had to put in my best also."

Sahil is also scheduled to do a third movie with N.Chandra, as part of a three-film contract that he and Sharman Joshi, his costar in "Excuse Me" and "Style", had signed. "I am proud that I will be working with Mr. Chandra again, though he is busy currently shooting "BreakingNews"," Sahil said excitedly. But at the same time, he was doubtful whether the lead pair will remain the same as in the previous two films. "Sharman is quite busy these days with his projects. He has done remarkably well, and has established himself as a fine actor. Today, Sharman Joshi is a big name is Bollywood and I am proud of his growth."

Sahil attributed Sharman's success to his association with theatre for a long time. "When we were shooting for "Style", my legs used to shiver as I was just picking up the ABC 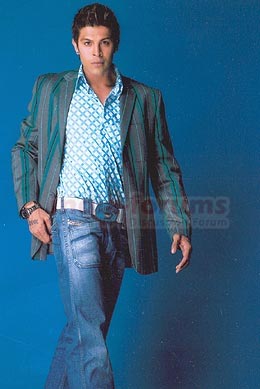 s of acting. On the other hand, Sharman already had the experience of working in "God Mother" almost two years back." The actor dismissed rumours that he was envious of Sharman's success. "He has immense potential and he deserves it. Why would I be jealous? I don't want to be compared with him. I know he has worked hard and is a better actor today than me. Getting into this profession was a fluke for me, not for him."

Though lagging behind Sharman in acting, the latter is no match for Sahil's physique. "When I would have put in the same dedication towards acting as I have in developing my physique and yet don't achieve success, I will have reason to be unhappy. But not right now," Sahil reasoned.

The only grudge he has is against the media. "I was disheartened with the way media had made news about my ex-wife (Negar Khan). But now when I see media treating others the same way, sometimes even worse, I feel it's all part of the game. Today, every newcomer gets noticed, it's all because of the media."

The actor has already started approaching directors and producers and building his contacts once again. "Hard labour never goes in vain," he chips in optimistically.

Mallika Sherawat on backlash she faced for her bold scenes in Murder: ... 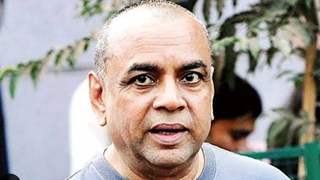