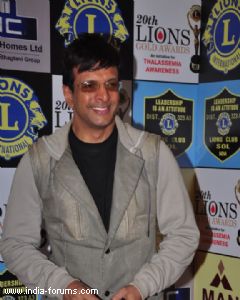 Reminiscing about childhood, Javed Jaffrey said that his younger brother Naved was more mischievous than him.

The actor-filmmaker is set to make an appearance on Disney's new show Captain Tiao and he shared his childhood memories with the show's host and child artist Sadhil Kapoor, said a statement.

When Sadhil asked who was naughtier, the actor said: "Naved was naughtier than me. When we were kids, after school we used to climb the mango trees near our house and steal raw mangoes. And our neighbor, to whom it belonged, would shoot at us with an air gun!"

When asked who would scold him the most - his father and veteran comedian Jagdeep or his mother, Javed promptly answered: "The neighbors."

Captain Tiao airs every Sunday at 10 p.m. on Disney Channel.

tonim.tonu 10 years ago especially its discussion. From the tons
of comments on your articles,
I guess I am not the only one
having all the enjoyment here!

+ 2
10 years ago ashmit is not an actor as they label him to be he can't act but he tried. as for veena who is she? it's funny that everyone knows ashmit as amisha's bro.

10 years ago god I hate her....Ashmit is using her for publicity, But that dumb human being cant even understand that...

10 years ago veena iz such a *****
created so much drama in bb4,,,,
n ashmit iz such a loser
both of dem a make a fantastic pair of loser