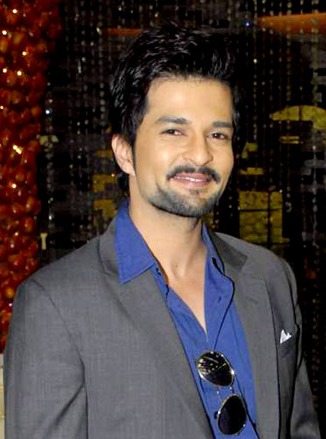 RaQesh Vashisth has been a prominent name in the news recently. While it has been his sudden entry in Zee TV's Qubool Hai replacing Karan Singh Grover which surprised all, the latest news of his injury which might hamper his performance in the dance reality show Nach Baliye season 6 on Star Plus has send his and his wife Ridhi Dogra's fans into a frenzy. There have been lots of messages for the couple who have been consistently good in their performance week after week and seem to be on their way to the grand finale.

We spoke to RaQesh who sounded pained by the sudden turn of events. "I have injured my knee which is in lots of pain now and as per my doctor's advice I cannot dance or run as it an integral part of the dance performances on Nach Baliye."

The young actor is following his doctor's advice and says, "I have been advised rest and medication since it is a minor injury now but may turn into something major. I have decided to take complete rest for couple of days before getting back to my dance rehearsals and then decide what to do next." He says his wife and partner on the show Ridhi Dogra Vashisth too agrees with him, "Riddhi too is concerned about my state as of now and of course health is most important but we don't want to give up so easily and thus we are going to decide what to do soon."

The couple plan to take it easy when it comes to dancing and have informed their choreographers too, "The act which you will see this weekend has been prepared in four hours flat from midnight 12 to 4 am. It took 2 hours to choreograph and 2 hours for us to learn. So it is all hectic but when your act is appreciated it a different feeling altogether. However, now we have decided to have easy choreography with simple steps and we are planning to give it our best. If I can I will do it or else then we will leave the show gracefully."

However, at the same time RaQesh admits that it was their dream to reach the grand finale, "We believe that all top four jodis are winners since everybody is a good dancer. When we started Nach Baliye I thought we would be around for 5 episodes only and I never knew I would dance and discover the joy of performing on stage in front of the audience since I had never done it earlier. I did it by default but then it worked which is a good thing."

Actually, participating in Nach Baliye was sort of a gift that he gave to his wife Riddhi who is a good dancer and was always keen on participating in the show. "I did this show only for Riddhi as this was my birthday gift to her and now winning the trophy would be a culmination. Earlier too we had been offered the show but we had said no to it. This year too I said no but then Riddhi has a passion for dancing just like I have a passion for painting. Dancing comes naturally to her and she fells cosmic about it and she had earlier left her dream for dancing due to other things in life. I am a strong believer that if you have a dream you should pursue it and achieve it and since I was just killing her wish this year I gave the Nach Baliye offer a thought and decided to do it. However, I kept it away from her and signed the contract. I was dealing with the creative team all the time and nobody disclosed it to her. Then on her birthday when we were in Goa at 12 midnight I had got a standee made with our pix on it which she unveiled and realised that we were going to participate in Nach Baliye. The joy on her face was something else altogether" remembers RaQesh who was in a denial mode to everyone till Riddhi got to know about it.

It is obvious that RaQesh is feeling bad for Riddhi if they have to quit the show, "I am feeling terrible for Riddhi since she is so passionate about dancing and now that she has got this opportunity she wants to take it till the end but even she feels that health is more important than anything else. Riddhi is a natural when it comes to dance... she is so graceful and simply superb. It is pathetic to even think of quitting so we are pushing it even if it is tough to dance. It requires 10 -12 hours of dance rehearsals every day which is very tiring but I had decided to do it even after Qubool Hai. I had given dates accordingly and they were to shoot a chunk to create a bank of episodes. Other contestants too are doing more than one show and managing well, so it was no big deal, till this injury happened!"

Well, we hope the best for the couple and wish them all the luck!

7 years ago karan singh grover you are the best and no one can replace you :)))))))
luuuv u

come back soonish yo fans wating fah you