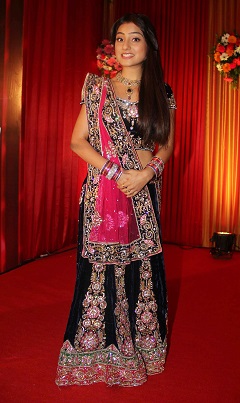 Now, Neha is all set to make a comeback on television in a complete new role of Urmi with Spellbound Production's upcoming show Doli Armaanon Ki on Zee TV. Urmi is a girl who has lots of expectations about her marriage and this is how the story is going to revolve around her as what will happen to her expectations post marriage.

TellyBuzz spoke to Neha to know more about her character and her life post marriage as she has recently got married.

Let's hear what Neha has to say...

Doli Armaano Ki is about the story of every girl - "I am playing the character of Urmi who has a lot of expectations from her marriage. It's the story or every girl who has lots of expectations of having a good husband and good in laws. The question raises here that what will happen to all these expectations. Once a girl gets married, she has to live and adjust in a new family accordingly. The story is going to be all about as to what will Urmi do in this scenario and whether her expectations will get fulfilled or not."

This show is a jackpot for me - "When I got the script of this show, I thought it's going to be easy for me to play this character because I have recently got married so I know very well that how we have expectations from our marriage.Also sometimes how these expectations are fulfilled, sometimes they might not and sometimes we have to learn to deal with everything. I thought that this show is a jackpot for me and I thought not to lose this opportunity to play this kind of a character. I was very keen to do this show."

My mother in law is very supportive - "As Neha, I have always wished to get treated like a daughter in my in laws house too. I used to think like why everyone wants to become a daughter of the house when she is a daughter in law which itself is a very prestigious position. Every relation has its own place and importance. My mother in law is like my mother to me and she supports me very much. As a mother in law, she could have stopped me from coming from Patna to Mumbai but they encouraged me to do in with I am best with it."

My life has changed after marriage - "My life has become more luxurious and a brat. I have been traveling abroad and slept a lot in these two years. This is how I have dreamt like and my expectations got fulfilled after marriage."

StarSmarty 6 years ago Waiting for the show to start! All the best Neha!

MeeraHK 6 years ago All the very best Neha Marda..Hope ur role in DAK is appreciated as ur role as Gehna in BV...

kisst 6 years ago love her and will watch the show only for her.

SilverBell 6 years ago Nice I Will Watch This Show Too.
All The Best Neha.

angelic.pari 6 years ago love u loads neha.. ur one of the bests :* welcome back :D

DevaseNa. 6 years ago thanks anwesha for the interview
all the best Neha

Amanda Seyfried Announces The Birth of Second Baby
39 minutes ago

NCB Dismisses Rhea's Claim of 'No Jurisdiction in Drugs ...
40 minutes ago