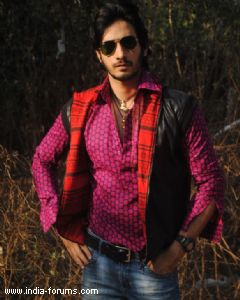 Here's Tellybuzz again all ready with its Tuesday column on Thrill Zone. This week we got in touch with the very famous and the very versatile actor Siddharth Arora better known as Beera of Colors popular show Na Bole Tum Na Maine Kuch Kaha season 2.

Let's hear from him directly what he has to say about adventure!

What is adventure according to you?

Adventure according to me is going on a trip to Leh Ladak, Goa, Singapore and chilling out with friends.

It can rather be called as an accidental day. It was 1st of January and had gone home to celebrate New Year. We were a group of friends and cousins playing night cricket. There were lights and decorations all around. But suddenly we heard some chaos outside my house. There was an auto and a man lying on the road totally wounded and unconscious. We got him and took him to the hospital. We had to convince the police too who were not allowing us to take that man to the hospital. Later, from the hospital we called up his relatives and he was shifted to another hospital.

Later that day when we were returning from the hospital we came across another accident which was thousand times more brutal than the earlier one. They were two guys drenched in blood. We got them admitted to the hospital and called their relatives.

It has to be river rafting. I have done river rafting in Kolad which is just three hours away from Mumbai. Also, I love visiting Della Adventure Park which is in Lonavala.

Going to Leh Ladak on a bullet with friends.

Who would you want to take for a thrilling activity from the industry?

I would prefer going with Kunal Karan Kapoor . He too loves adventure and can guide me better.

Ani_La_Iam 4 years ago Waiting for your comeback Kunal Karan Kapoor. we miss you,

Simxyz 5 years ago Kunal Karan Kapoor is the most amazing actor in the world!

Barkha_m 6 years ago I liked the Beera and Sirji scenes...Kunal Karan Kapoor kills it everytime he is on screen...

sona02 6 years ago Thanks for the article. ..superb idea...travelling with Kunal Karan Kapoor ...

LavleenaS 6 years ago Thanks for the article

.KingSlayer 6 years ago I too wld want to go on an adventure trip with Kunal Karan Kapoor. Phenomenal actor and an awesome guy!

Parm. 6 years ago Glad to hear you and your friends are willing to help out those in need. Enjoying watching you in your new role in Doli Armaanon Ki! :-)
Am missing your bond with KKK from NBTNMKK2 though :-(